“Practicing the Art of Deception”

Brooke Kroeger has been doing some digging lately.

For the past three years, she’s been sorting through what must be miles of microfilm in an effort to collect every significant example of undercover reporting from the past two centuries or so, pulling any project that won a prize, sat on a bestseller list or sparked a government hearing. 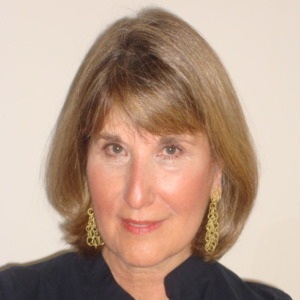 “What every editor will say, and what I believe is true, is that undercover reporting should be a journalism of last resort. “

She started the research for her forthcoming book Undercover Reporting: The Truth About Deception from Northwestern University Press, but says she’s managed to amass more material than could possibly fit between the slim volume’s two covers. Now she’s working with New York University—where she is the director of the Arthur L. Carter Journalism Institute—to build an online database of all this undercover reporting dirt. (Editor’s note: At NYU, Kroeger taught both the writer and editor of this piece.)

Undercover reporting, she says, is a subset of immersion journalism that employs “deception with good purpose.” In the following interview, Kroeger tells Gelf how the practice has changed (and stayed the same) over the decades, why it still merits our attention, and why the best undercover stories are just the “icing on the cake.”

Gelf Magazine: What’s the drive for this database project? Can I find most of this reporting work myself online now?

Brooke Kroeger: So much wonderful material has been collected, but much of it, especially the newspaper material, has never been digitized, and the likelihood of it getting digitized now is really compromised because so many newspapers have closed their libraries. It’s on microfilm in local libraries. It seemed to me that it would be fantastic to make a depository of all this stuff, so I went to Bobst Library at NYU and asked them if they would partner with me to have everything all findable in one place. We’ve been working on this for over a year and we’re still getting permissions and loading. The framework is built but it doesn’t have a design yet; it’s just bones. But it works. You can look something up by publication, reporter, prize, network, or by “posed as.”Gelf Magazine: Is this database going be closed off from people not affiliated with NYU? And isn’t this going to take forever?

Brooke Kroeger: It will be publicly available. The thing that was interesting about it as a collection is that it’s a lot, but it’s not that much. It’s something that you could do. The next step would be to internationalize it.
I’ll probably do this till I die, and I hope it’ll be something that people can use. I think it’ll be a celebration of a practice that is often overlooked.

Gelf Magazine: You’ve been poring over nearly 200 years of undercover reporting. When does it work best?

Brooke Kroeger: The narrative ability of the writer is not always crucial, but is often central to how these stories are told. Sometimes the stories are very straightforward though, and this person is just unseen, which can really work.
One thing people talk about in doing the journalism that matters is that you have to make the significant interesting. And this really does that. So you can take something you really care about as a reporter and write about it ten times in a straightforward way, and it’s really boring. And then you can write about it as an undercover reporter and suddenly it’s on the table and people are talking about it.
The other thing is that it’s used sparingly to best effect, mostly to protect the impact. Because the impact is the “aha!”, the theater of it, and if you do it over and over again it loses that impact.

Gelf Magazine: Are there certain kinds of stories that lend themselves undercover work?

Brooke Kroeger: Themes repeat themselves. Transportation security is a relatively new one that we’ve seen a lot. Everything else people have been doing it for bloody ever. Prisons, hobos, slaughter houses, election work. It’s fascinating that these themes are there, because it means the social issues are there and they don’t go away.
Things repeat through localities, too. One very popular topic in the 1980s was real estate discrimination. So all over the country in different localities, a black and a white reporter would go out and find out if this was happening in their town. And that was repeated dozens of times to great effect.

Gelf Magazine: When is undercover reporting a big no-no?

Brooke Kroeger: It doesn’t work when you break the law. It’s really simple. You don’t get to do that. That’s really clean, and there have been instances when the law has been breached.
What every editor will say, and what I believe is true, is that it should be a journalism of last resort. There should not be other ways that are possible to get the material.
After you’ve moved through those barriers, the more creative the project, the greater the impact both positive and negative. The more it addresses a social or human or public need that people grasp viscerally, the better the project.

Gelf Magazine: Have you come across any truly groan-worthy investigations?

Brooke Kroeger: There have been a lot of frivolous ones. A newspaper sent someone to a used bookstore to see how many reviewers were reselling books, for example. I mean, who cares? Those things have invited criticism.

Brooke Kroeger: It offers a potential for impact for what is otherwise very dry material. In a really seminal undercover project from 1960, Edgar May from The Buffalo Evening News became a county case worker and worked with welfare people. He won a Pulitzer for that. You couldn’t really tell those stories without having that experience because otherwise you’d be telling them secondhand, which is not the same.

Gelf Magazine: Are there ethical dangers to making one’s story so completely subjective?

Brooke Kroeger: It’s not that you’re being subjective; it’s that you’ve found a way to be a really authentic witness. You’re giving yourself a closer look. Where it’s done best is when those experiences are paired with a much more serious statistical or more traditionally reported amassing of information alongside this narrative device.
William Gaines talked about it as the icing on the cake, a really narrative element. He won a Pulitzer Prize for doing hospital reporting while posing as a janitor. That was only one piece of a very large investigation in Chicago that shut the hospital down in four weeks. So going undercover was just the icing on the cake of a thoroughly investigated series. However, when anyone talks about this significant episode, they talk about him pretending to be a janitor.
We’re drawn to narrative, we’re drawn to stories, rather than statistical information or information from some disgruntled janitors that may or may not be true.
It requires a high level of skill. With going in and doing it this way, you sort of have to check yourself at the door, and I think the best narratives do that. Some people do use it as a backdrop to tell just their own personal experiences, which is okay, but as journalism is not the best way.

Gelf Magazine: But this work can get a little sticky ethics-wise, right? What are the gray areas?

Brooke Kroeger: The big rule of thumb that gives you a good starting point is you don’t lie. You can’t put something false on an application, can’t deny what you’re doing. The question for journalists is: do you have to announce what you’re doing, or only admit to it when asked?
There is a large camp that says if I’m going into a hospital and I don’t tell them why I’m there and I hide my camera and notebook and I scoop myself to one spot whenever an authority walks by, that’s okay. I think doing that is fine, but to try to make it something different than undercover reporting is kind of kooky. You’ve gone to enormous lengths to try not to reveal yourself, so why not call it what it is? But that’s debatable.
You have to be comfortable with the fact that this is something that journalists do. It’s kind of icky, but it does the job. And the results can be pretty remarkable.

Gelf Magazine: Obviously, the media industry has changed dramatically in the past few years with the explosion of new media and a massive budgetary squeeze. Does immersion journalism have a future in that new environment? How does it fit? Can we afford it, and is it even necessary?

Brooke Kroeger: The fact is it’s still being done all the time. It’ll be interesting how Internet-based media will continue to deal with it in different ways. Online, during the presidential campaign we had people going undercover with both the campaigns. We’ve had a lot of airport security investigations. Television is also very given to this because of the use of hidden cameras.
Still, when these things are done well, they’re often expensive and time-consuming.
The point is to get attention. It’s complicated. I’m a proponent, under the right circumstances, under the law and for good reason. It’s an interesting form of journalism that, when used selectively, has a place and should continue to have a place.

Megan Stride is a freelance writer and a regular contributor at the Daily Gorilla.