AJHA 2022 Memphis: Meet Us at the Corner Where Journalism, Race, and Gender Intersect 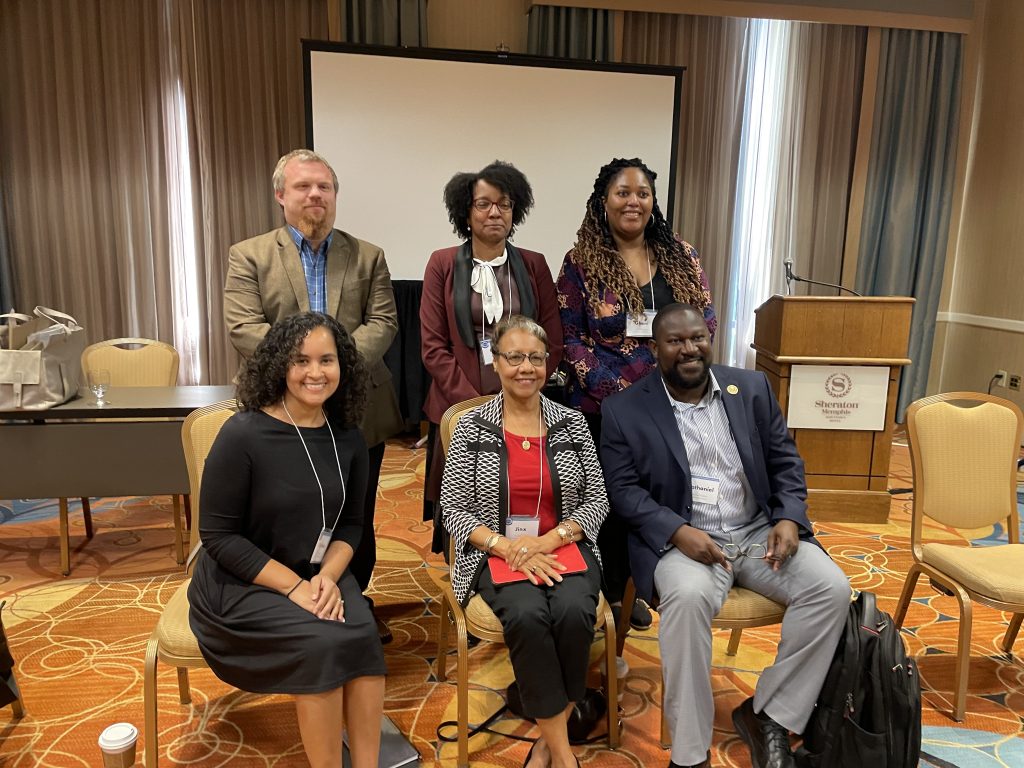 This was our group of round table participants at the American Journalism Historians Association National Convention in Memphis on Oct. 1, 2022. I had the idea because of Undaunted, in which the intertwining of race and gender is a prominent throughline from 1840 to 2022, where the book ends. I sought the help of my wonderful colleague at Louisiana State, Jinx Broussard, in rounding up just the right group for the presentation. In addition to Professor Broussard, all the well placed young scholars were her dissertation advisees. I moderated. In Memphis, there were no formal speeches or papers, but we pointedly had the discussion revolve around the topic interests of the exceptional group at the front of the room. It went very well. Here’s a copy of our hand-out:

Meet Us at the Corner Where Journalism, Gender, and Race Intersect

A round-table exploration of the intersection of journalism, race, and gender from the mid-nineteenth century to the present.

Jinx Broussard, Professor, Bart R. Swanson Endowed Memorial Professor, Manship School of Communication, Louisiana State. Focus: Amy Jacques Garvey, who became Marcus Garvey’s private secretary and his second wife. She worked alongside him and the Universal Negro Improvement Association and became involved with the publishing of the Negro World newspaper in Harlem from its inception in August 1918.

Nathaniel Frederick, Associate Professor, Department of Mass Communication, African American Studies Program, Winthrop. Focus: The role of W.E.B. DuBois and The Crisis in constructing counter-narratives of race, class, and gender through the magazine’s “Men of the Month” column, which also showcased women.

Ben LaPoe, Assistant Professor, School of Communications Studies, Ohio. Focus: Feminist Standpoint theory and Indigenous Standpoint theory as they emerge, and converge, when telling contextual stories of missing women in the non-ethnic, Indigenous and Black presses. The work seeks to push these theories further through the presses examined.

Cristina Mislán, Associate Professor, School of Journalism, Missouri. Focus: Ethel Payne’s contributions to both gender and race politics through Payne’s Chicago Defender coverage of the women’s liberation movement of the 1970s and 1980s.

Gheni Platenburg, Assistant Professor, College of Liberal Arts, School of Communication & Journalism, Auburn. Focus: The experiences of Black journalists of all genders in the integrated mainstream press, both the early pioneers and those who’ve worked in the more contemporary context.

MODERATOR: Brooke Kroeger, Professor Emerita, Arthur L. Carter Journalism Institute, NYU. Race-and-gender is a through-line of Undaunted: How Women Changed American Journalism (Knopf, May 2023), which explores how women have fared in American journalism’s most competitive and highly valued bastions in the 180 years since mass media began.