Another great day in Albany County. 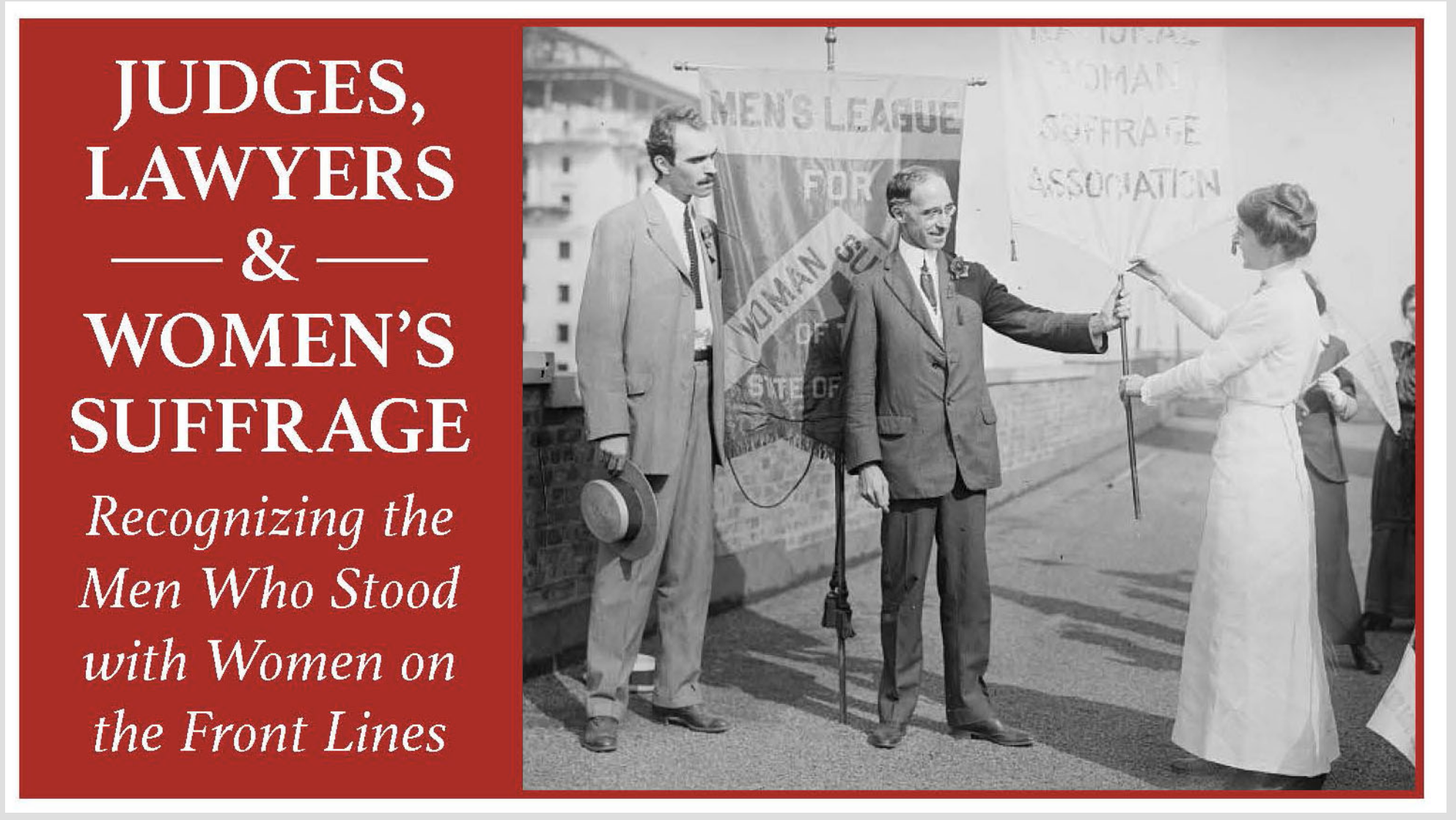 Judges, Lawyers and Women’s Suffrage: Recognizing the Men Who Stood with Women on the Front Lines

This two-credit (pending) CLE will identify many of the men – including prominent judges and attorney – who advocated and even marched in support of women’s rights. It will also explore a judicial ethics question: Could a sitting judge engage in public advocacy for a controversial political/social issue? Have judges forfeited the right to engage in public debate? 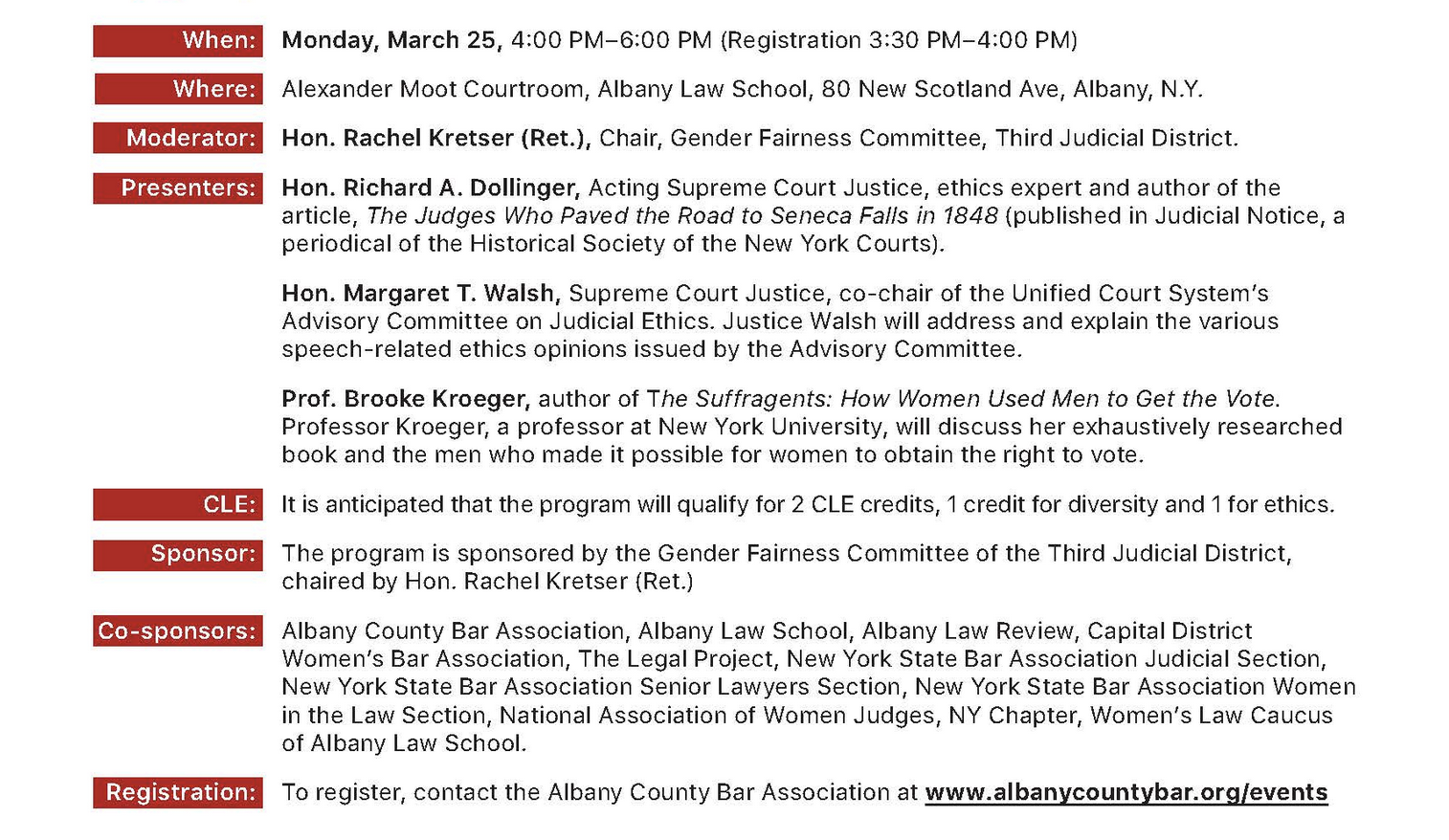 To set the scene, here’s a partial view from the defendant’s table as attendees gathered in the Alexander Moot Courtroom of Albany Law School. The moderator and organizer with John Caher, the NY State Courts adviser on strategic communications, was the Hon. Rachel Kretzer (ret.), who chairs the 3d Judicial District’s Gender Fairness Committee, Acting Supreme Court Justice Richard Dollinger of Rochester was the other presenter. We sat facing the audience not the bench. 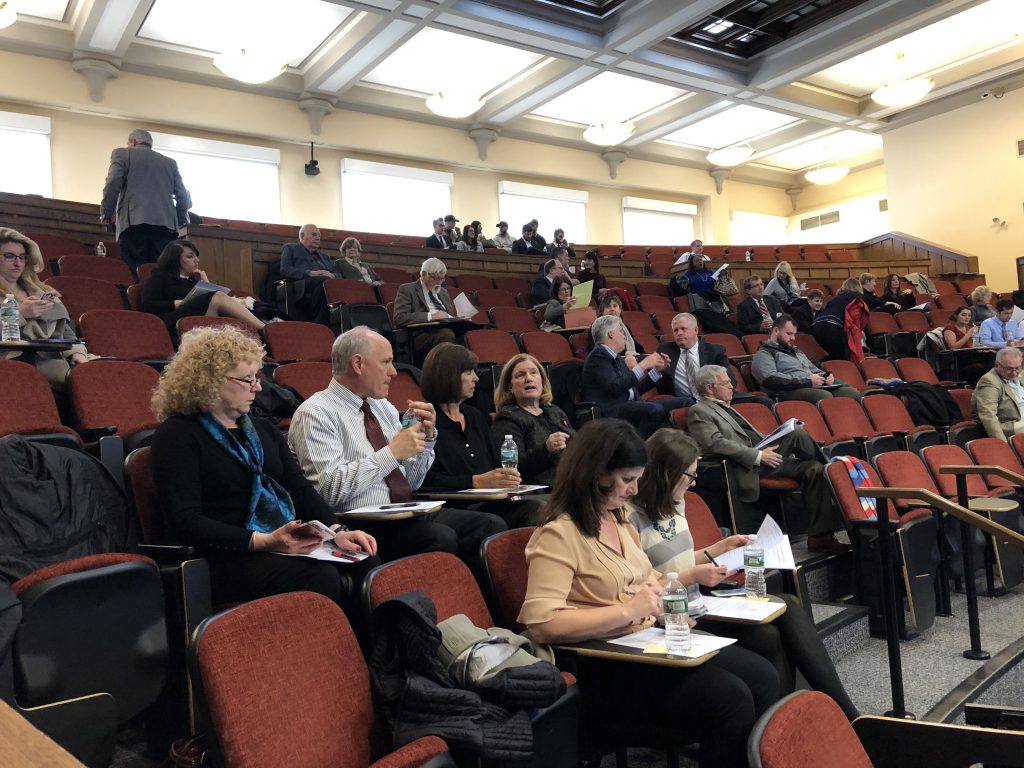 and, best of all, from the first floor women’s bathroom: 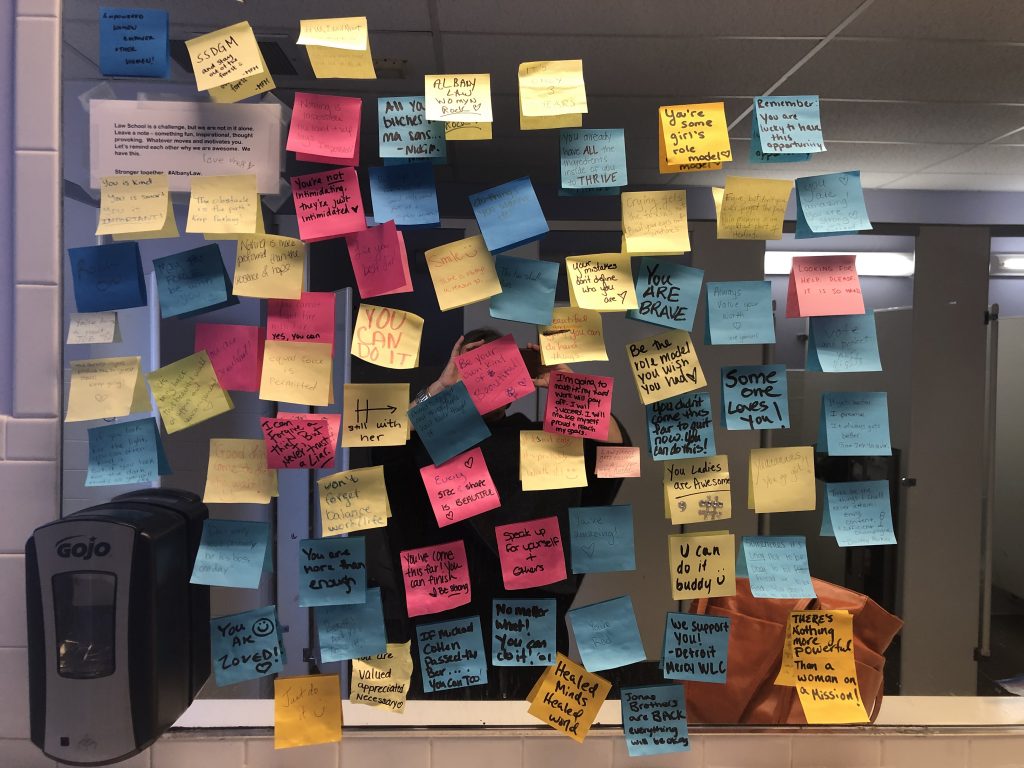 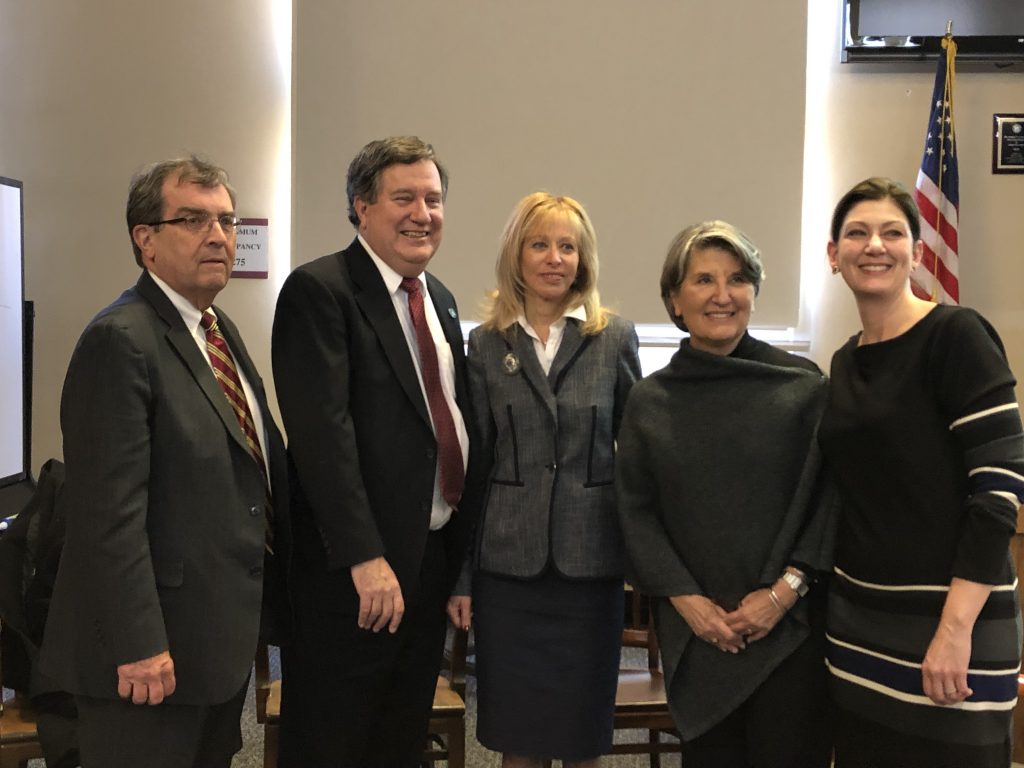 After introductions and remarks by Judge Kretzer,

Justice Dollinger provided an overview of legal discrimination against women in the laws of the 18th and 19th centuries, passing through primogenitur; coverture; Duke’s Law; Gouvernor’s Divorce; Thomas Hertell and his Rights of the Married Woman; Ernestine Rose; Daniel Cady, father of Elizabeth Cady Stanton; Elijah Harlbut; John Fine, the Married Ladies of Genessee and Wyoming Counties, Seneca Falls and beyond. Judge Dollinger is a particularly engaging speaker—stentorian in the sense of loud and powerful is the word that comes to mind.

And here is his Powerpoint:

I picked up where Judge Dollinger left off, first reviewing the legal backdrop for women in the second decade of the 20th century. Attorney Gilbert E. Roe’s, in a 1914 speech-turned-pamphlet, articulated the 15 ways New York law continued to discriminate against women, despite the many efforts to change at least marital property law that Judge Dollinger laid out. I then explained how the Men’s League came about before highlighting the League participation between 1909 and 1919 of attorneys and judges  engaged in the cause. The judges and attorneys involved in the Men’s League whom I highlighted: Louis Brandeis, David Brewer, William Jennings Bryan, Ben B. Lindsey, Byron S. Waite, William H. Wadhams, Charles L. Guy, Samuel Untermyer, Robert Elder, Herbert Warbasse, William DeFord, Frederick Howe, Swinburne Hale, Dudley Field Malone and George Gordon Battle. Video and slides from the PowerPoint are just below. 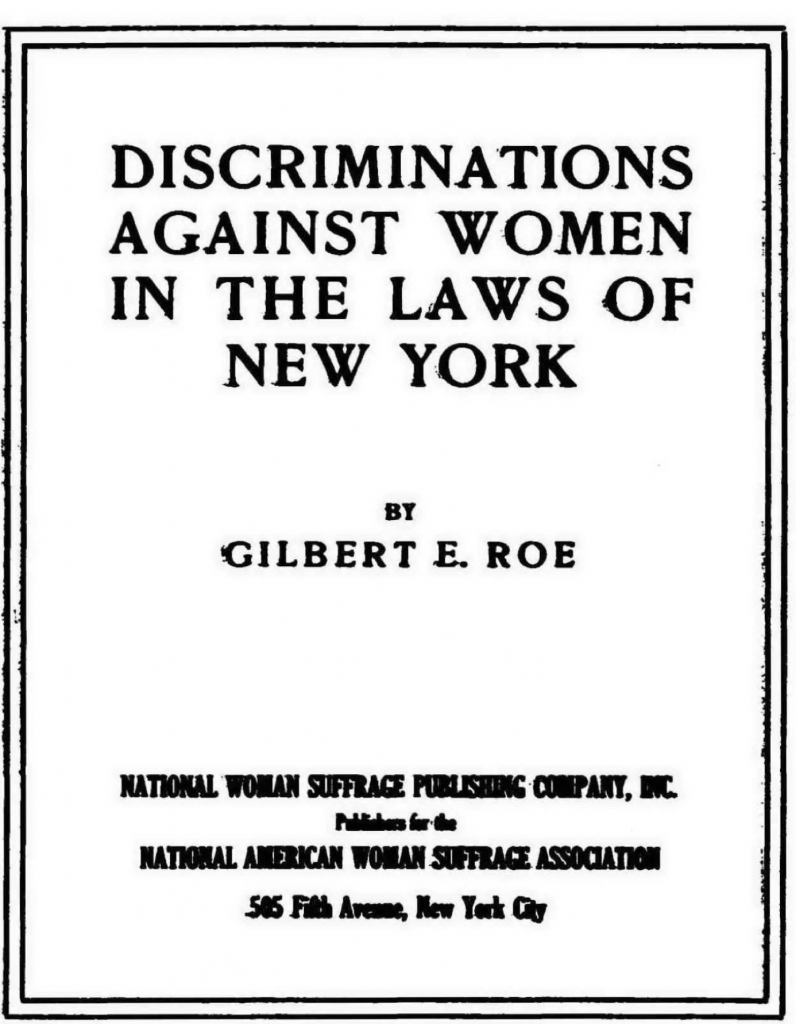 Gilbert E. Roe’s speech, turned into a pamphlet, explaining all the ways New York law discriminated against women in 1914. 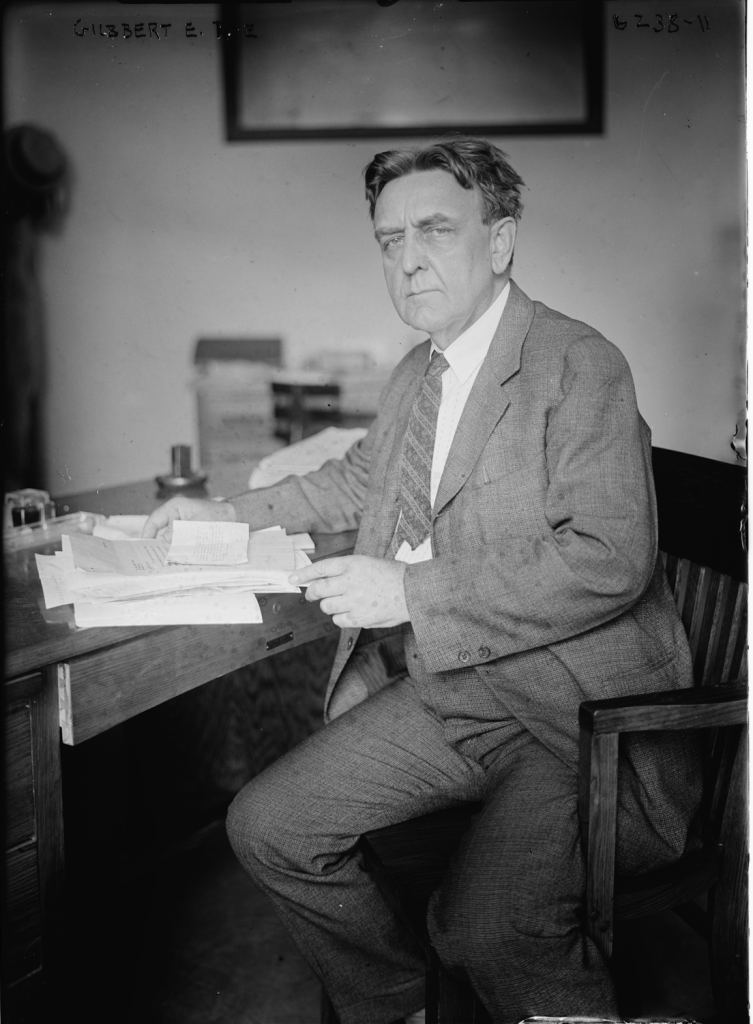 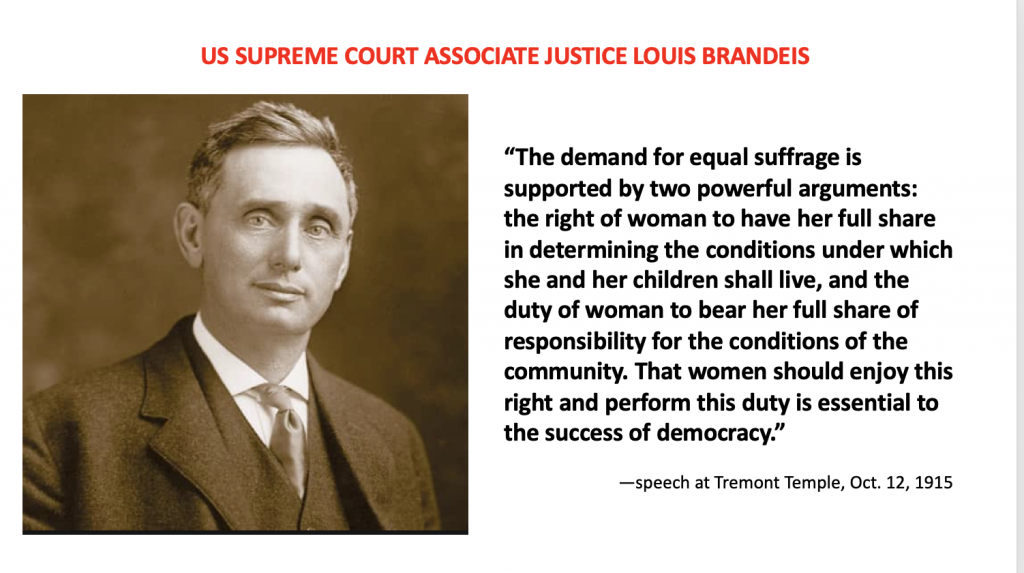 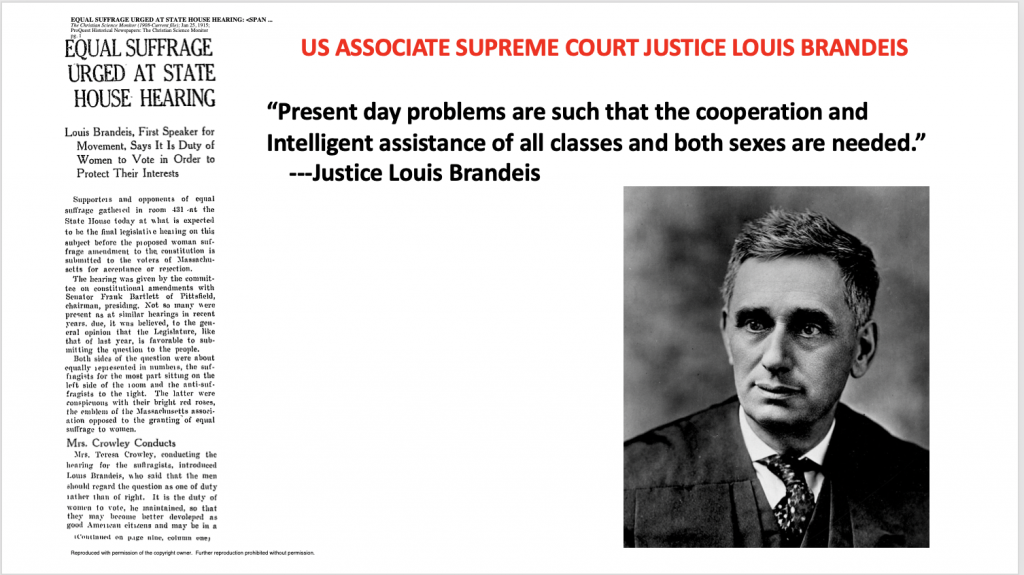 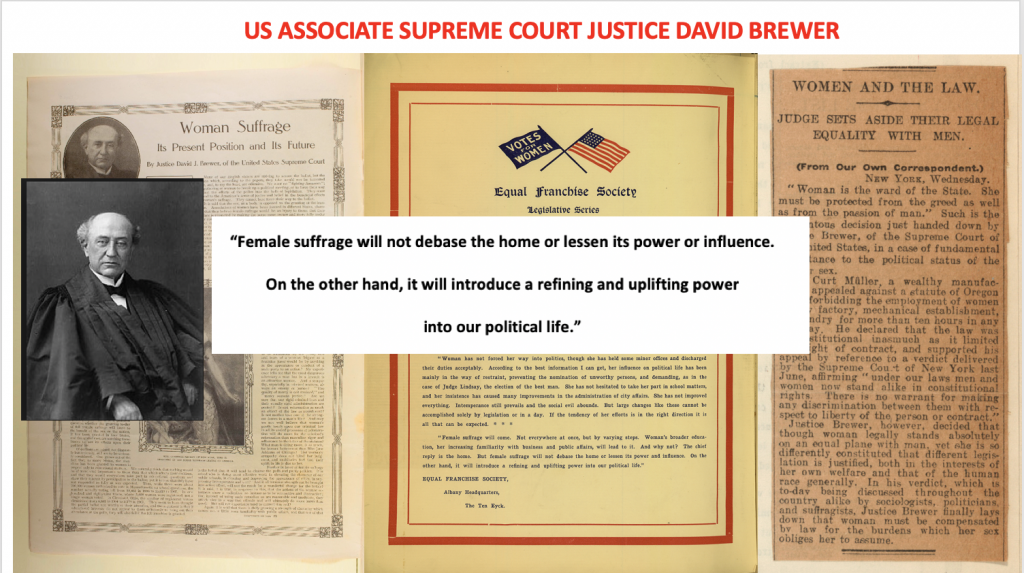 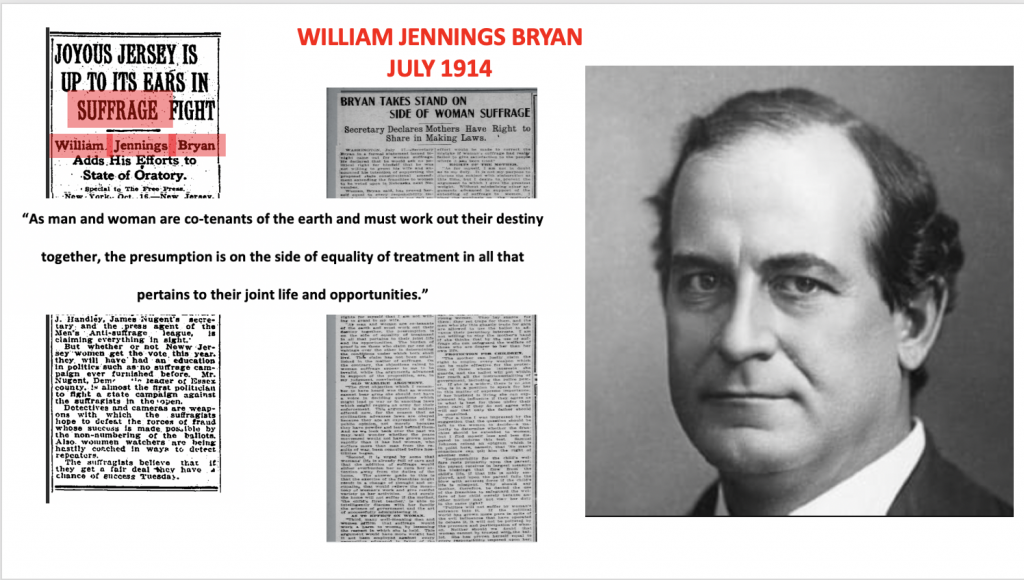 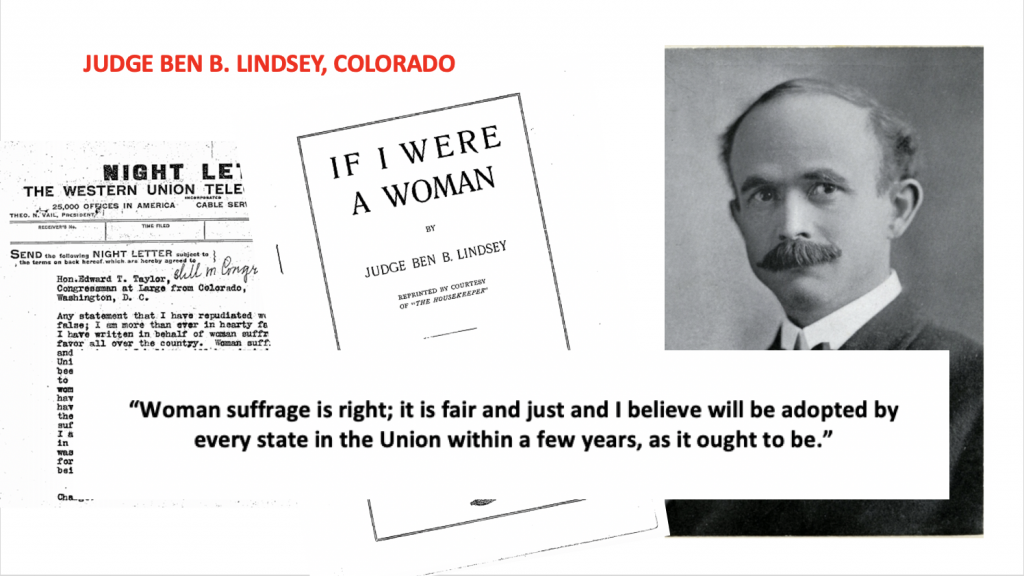 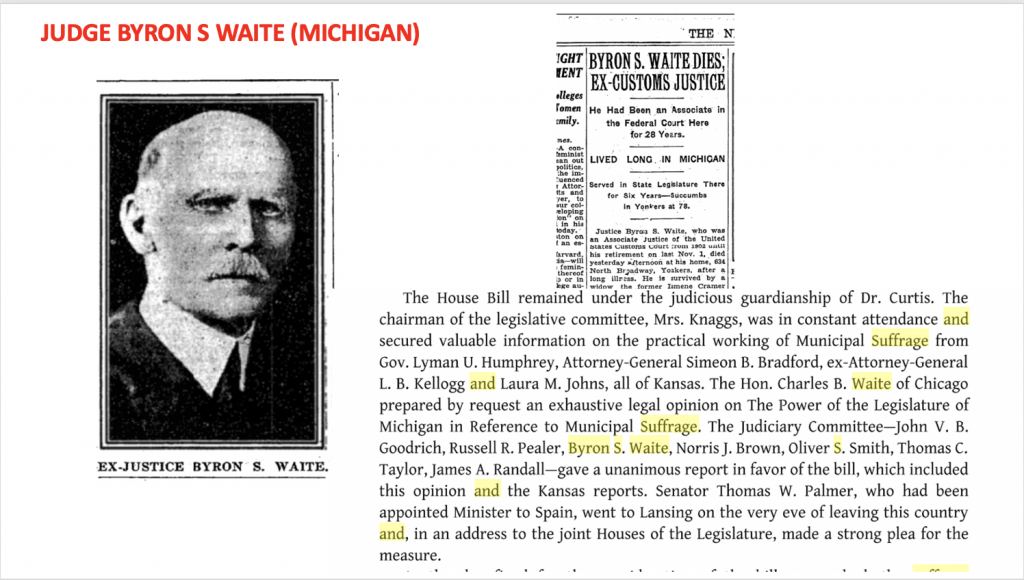 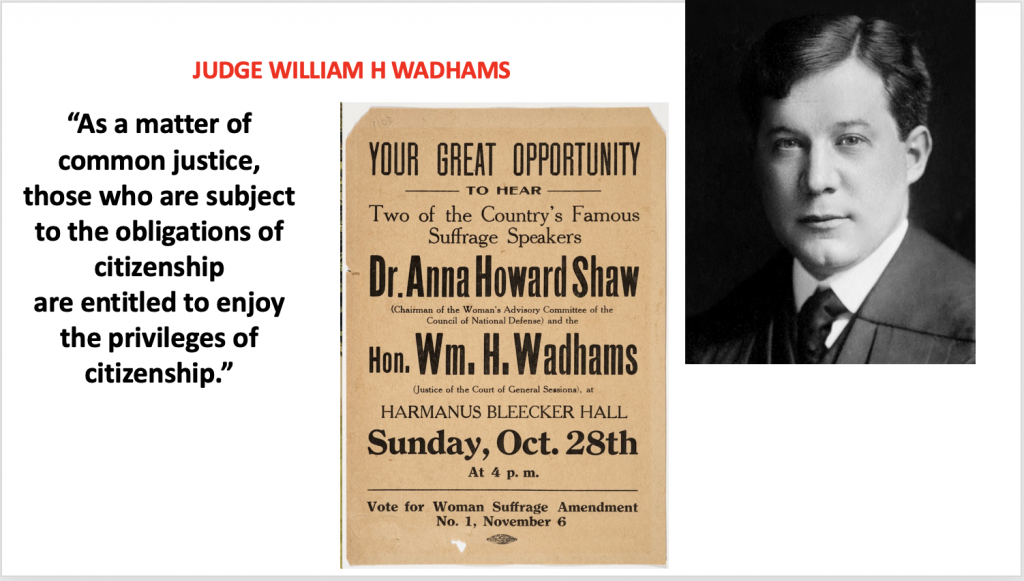 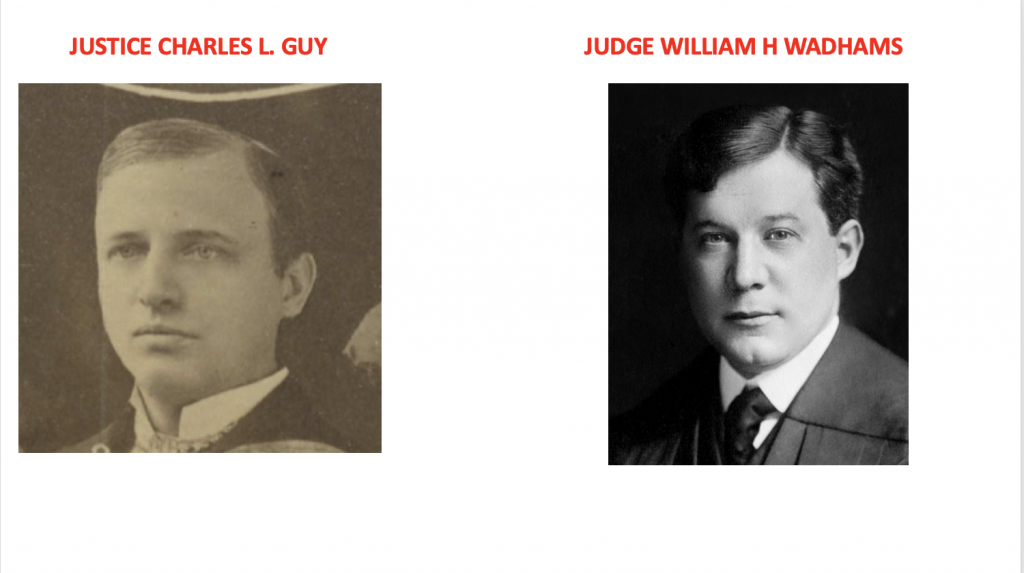 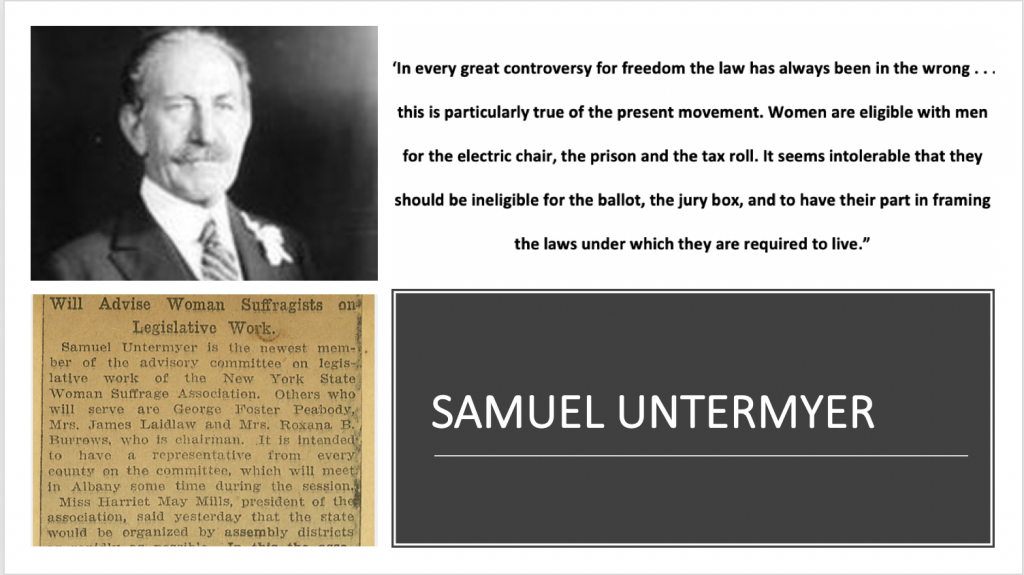 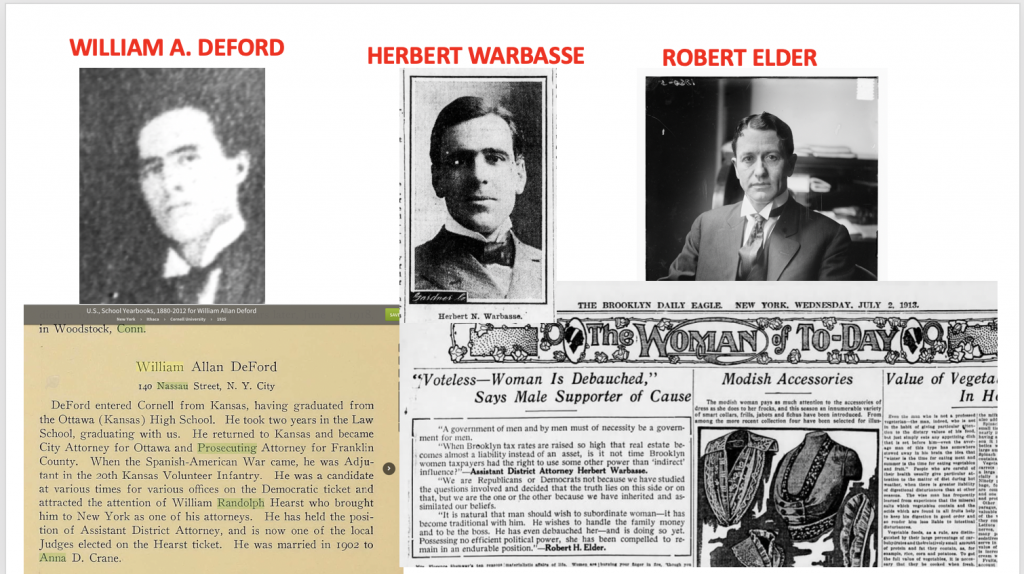 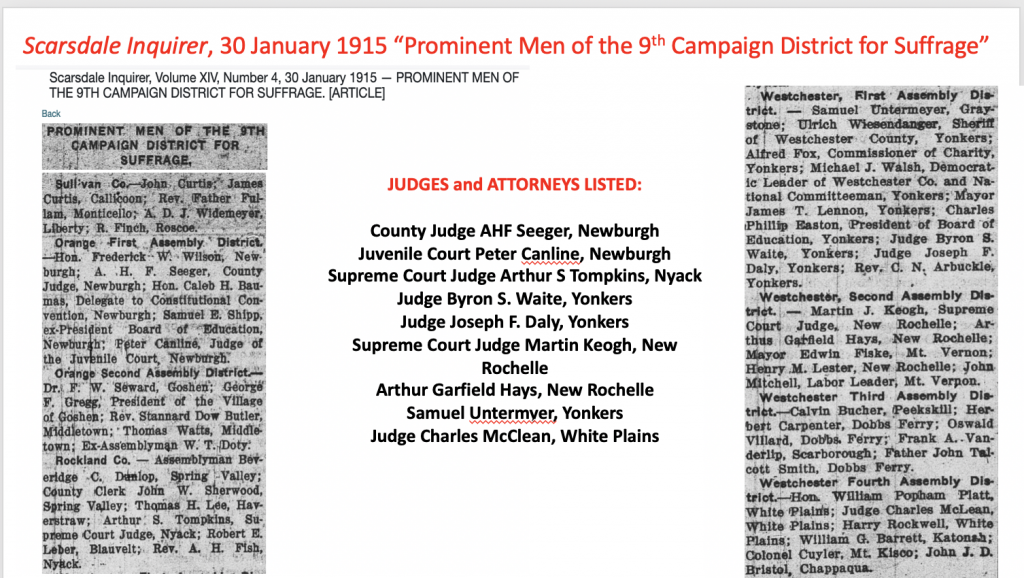 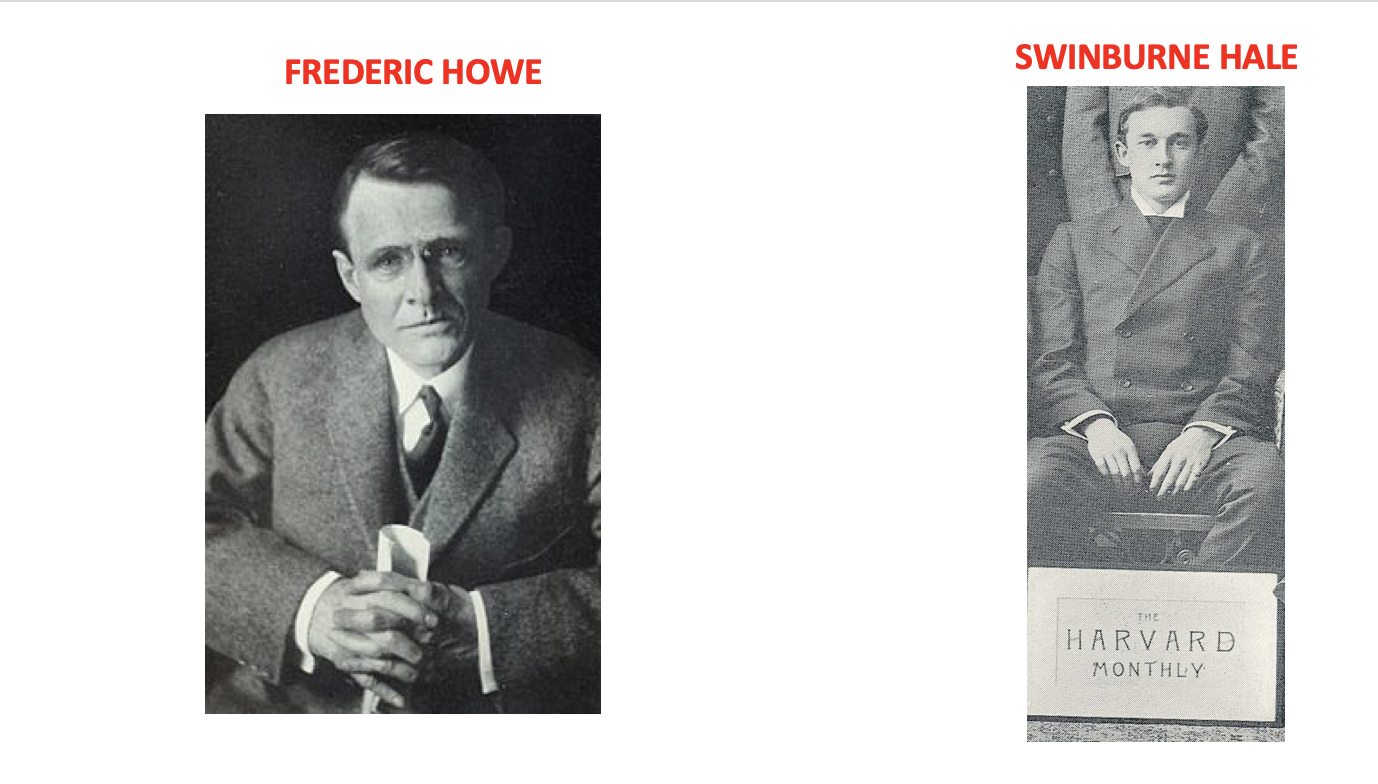 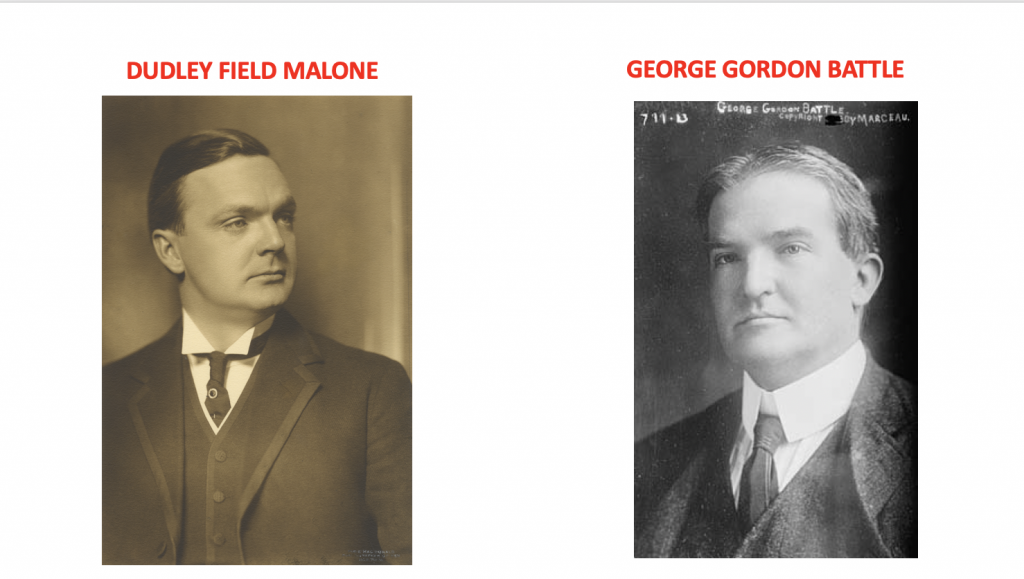 Since so many of these men (except Darrow, who objected to suffrage’s alignment with Prohibition, although he did not speak out as an anti) were also the key players in the famous Scopes Trial of 1925, the urge to connect those only tangentially related dots was irresistible and that’s how I closed. 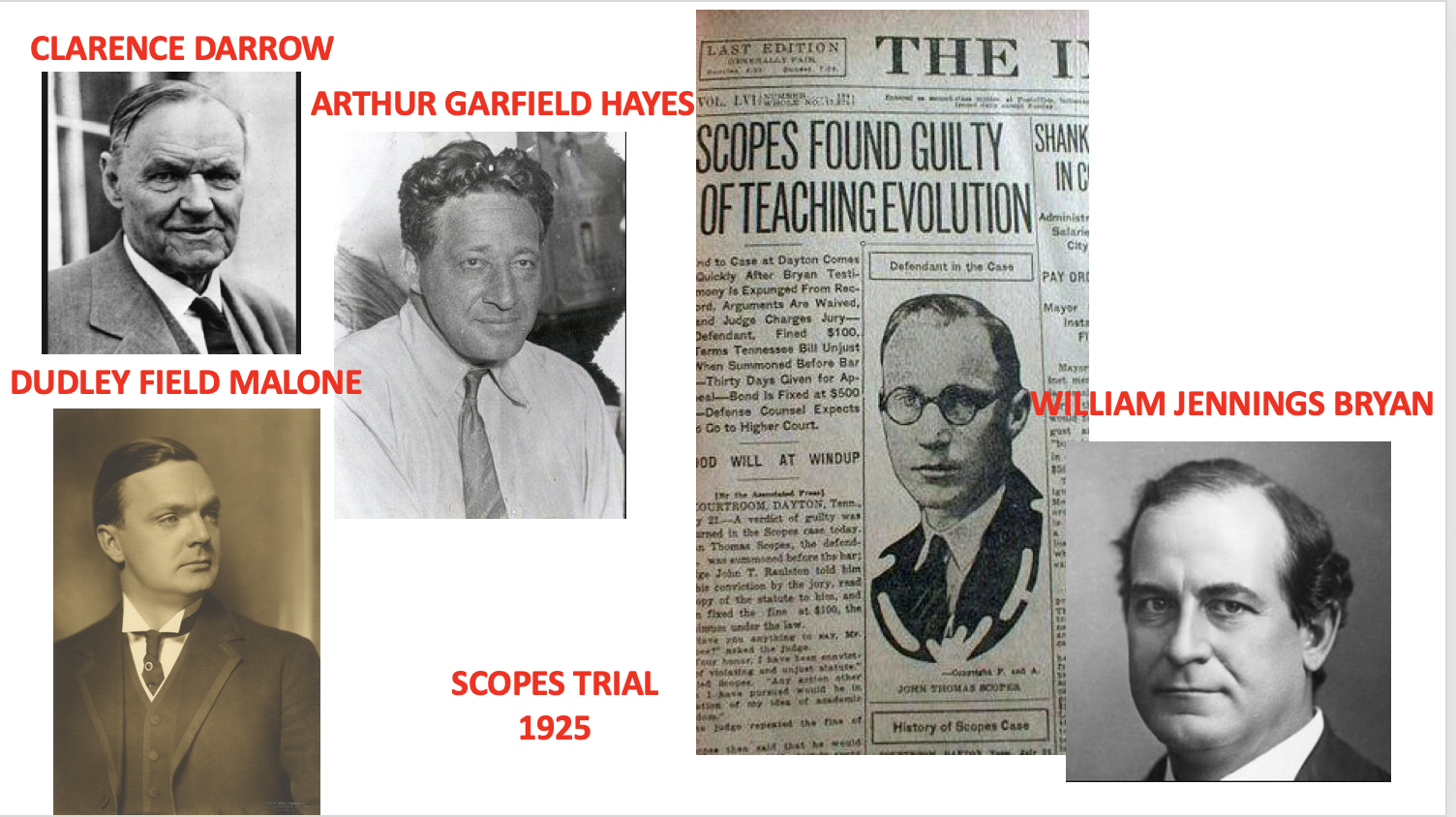 Judge Dollinger followed up with a discussion of judicial ethics centered around the question of if and how judges today, given the guidelines on maintaining both actual and the appearance of impartiality, can take positions publicly on controversial questions. And then Judge Kretzer presented a gender fairness plaque to John Caher, who works closely with the committee and, she said, is a true exemplar of how it’s done. 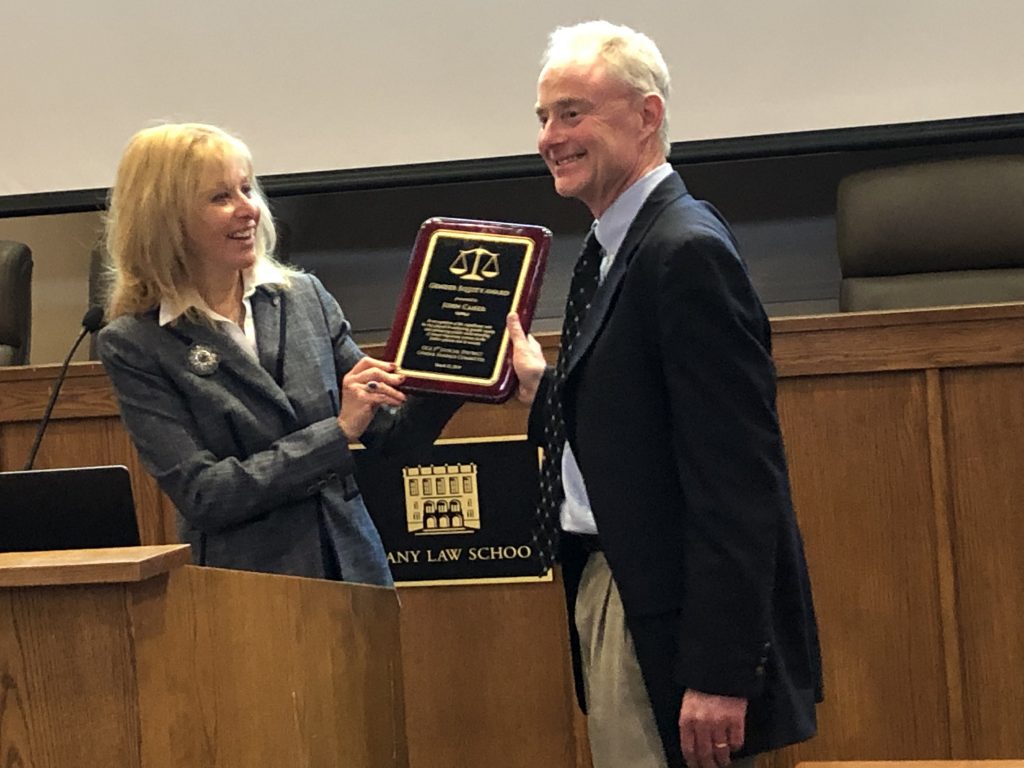