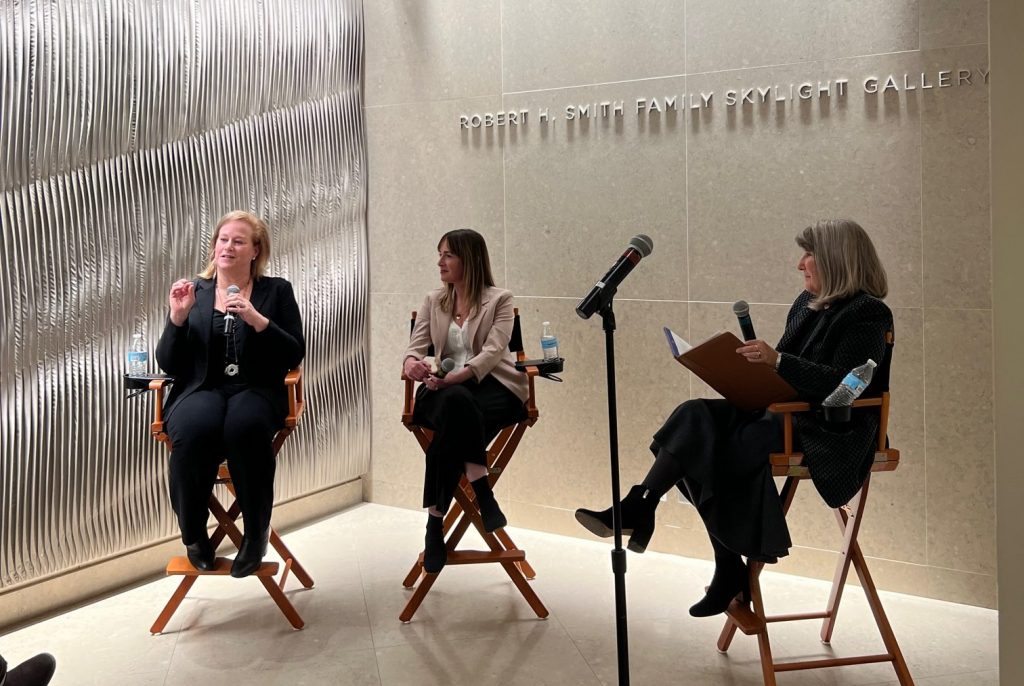 From the left: Allison Gilbert, Julie Golia, and Brooke Kroeger (moderator) in the Skylight Room at the New York Historical Society for a Women’s History Salon

On November 18, 2022, the Center for Women’s History of the New York Historical Society offered a “women’s history salon” about newspaper columnists who wrote for the women’s pages. Featured were Allison Gilbert, co-author of a warmly received new biography of 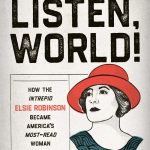 Elsie Robinson, a once popular but now forgotten columnist of the Hearst empire, and Julie Golia, who examines the history of pre-Internet age advice columnists in her book Newspaper Confessions. I was asked to moderate their conversation and happily did so. We focused on the long-forgotten Robinson, whose widely syndicated columns appeared between 1920 and her death in 1956, and “Princess Mysteria” of the Chicago Defender, one of six writers Golia 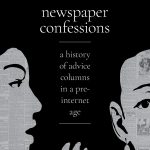 showcased in her fine book. The Mysteria columns appeared from 1920 until her death a decade later.

It seemed important to me to point out that by the time Robinson and Mysteria come along, advice columns by women writers had been a mass circulation newspaper fixture for 65 years. Jane Cunningham Crowley—pen name was Jennie June—is credited with introducing the concept in 1856 with her “Gossip With and For Ladies” in the New York Dispatch, promoted as a column about “fashion and other matters of interest to the fair.” 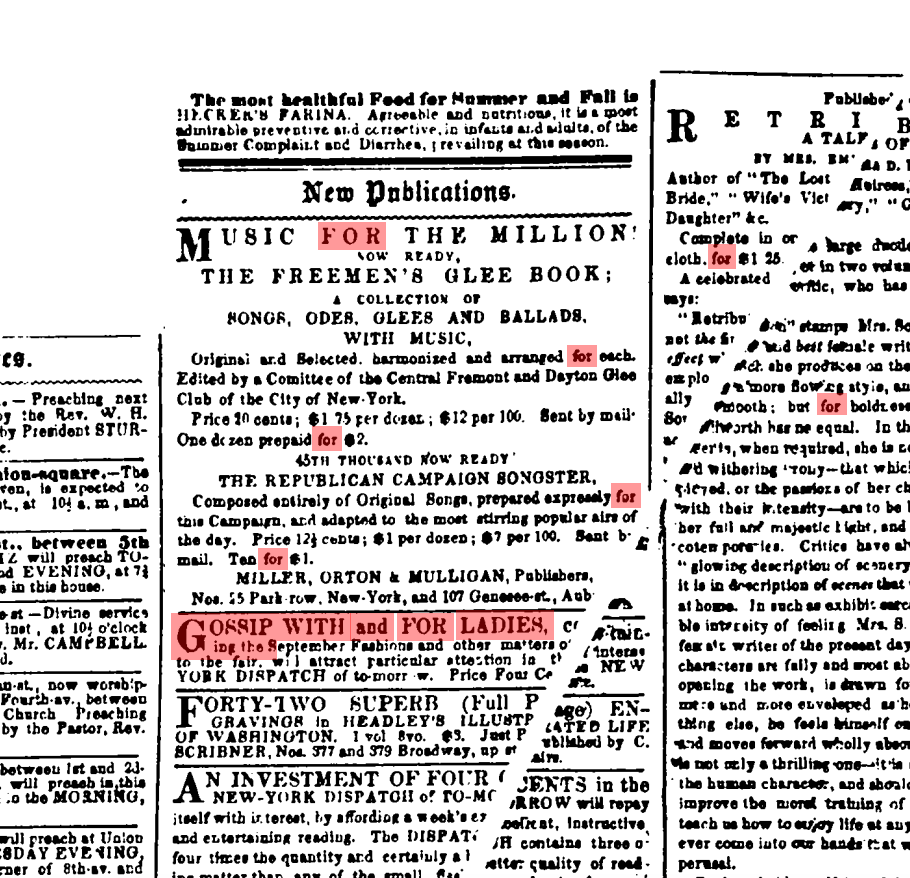 New York Tribune, Aug. 30, 1856, announcing the column’s start in the Dispatch in September.

Two years later, Crowley’s column moved to a paper called The Sunday Times (not to be confused with the New York Times), by then called “Parlor and Sidewalk Gossip.”

In the early years of mass media, women who sought careers in newspapering had only a few possibilities beyond piece work (which sometimes included reporting from conflict zones around the world, it should be pointed out.) From the start, a rarified few—very few— could leap over all the gender barriers to command the full respect of the men in charge. Margaret Fuller at the New York Tribune most readily comes to mind as does Midy Morgan at the New York Times. In 1840, Horace Greeley handed full rein to Fuller, already a revered intellectual, to write about whatever she wanted to write about on his paper’s front page. She continued to do so until her tragic death in 1850. Morgan, who took up journalism at forty, garnered man-sized respect for her expertise and reporting on —wait for it— the livestock industry from 1869 until she died in 1892. 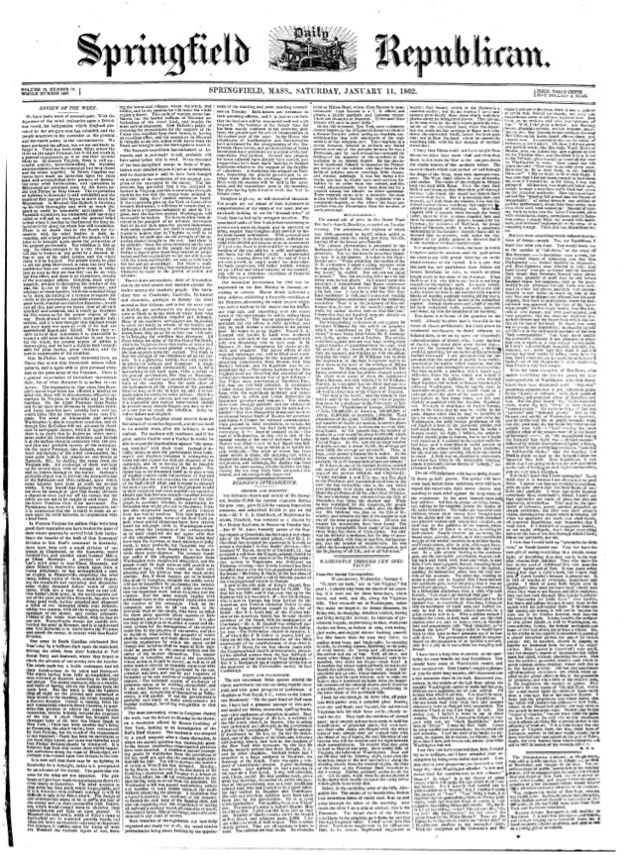 From 1850 to the mid-1880s, the other established escape from the women’s pages was what I would call the “one woman—or none—per publication,” the specialty acts. First came the travel and Washington-based woman correspondents, the format that put Mary Clemmer, Grace Greenwood and Gail Hamilton way out in front. (See above what Clemmer, signed M.C.A. when she still used Ames in her byline, told the readers of the Springfield Republican about what most of her woman colleagues in D.C. were consigned to produce.) Significantly, Greenwood and Hamilton escaped that party-writer fate by starting their careers writing for the abolition press, where they could demonstrate their intellect and range. In Fuller’s generation, Lydia Maria Child had modeled that strategy after years of popular work aimed at the women’s sphere.

In the 1880s, the “stunt girls” emerged, led by Nellie Bly. This circulation-boosting phenomenon lasted less than a decade and played out from over-exposure. The sob-sisters, a new ghetto replaced stunt work, again, not glued to the women’s pages, but similarly destined to disappear. Not until the rarified “front page girls” come along in the 1920s did a few women, like Ishbel Ross of the New York Herald Tribune, gain the chance to show a “real” reporter’s full range.

So by and large, the women’s pages provided the only opportunity for steady work available to most women.  In that corral, the best of those so positioned made the most of their delimited opportunity.  In the 1880s and 1890s, columnists with singular woman’s voices turn up at papers across the country, led by the most popular of all, Dorothy Dix, whose advice column began in 1896 and quickly earned national syndication. Behind her was Winifred Black (who began as Annie Laurie, the West Coast Nellie Bly). Black died in 1936 and Dix in 1951. Elsie Robinson joins this trio in 1920 and the renowned mentalist Princess Mysteria, in 1921. You’ll want to read up on both of these fascinating characters in Gilbert’s and Golia’s books. Until then, this “Chickie” page (really, from the title of a featured serial, I take it) from the Fort Worth Record of Sept. 22, 1925—with the columns of Dix, Black and Robinson in their heyday all on display and Mysteria’s “Advice to the Wise and the Otherwise” in the Defender, will have to hold you. 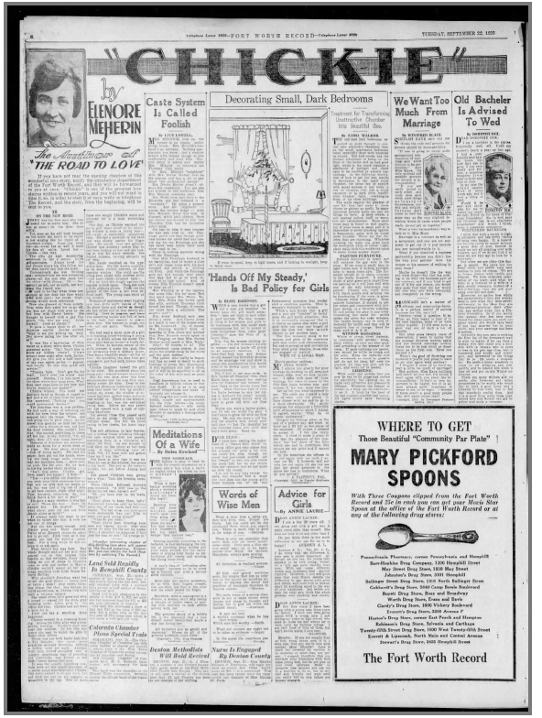