The Suffragents do St. George’s School and the Resort Suffrage Seat of Well-Heeled Women’s Activism in the 1910s 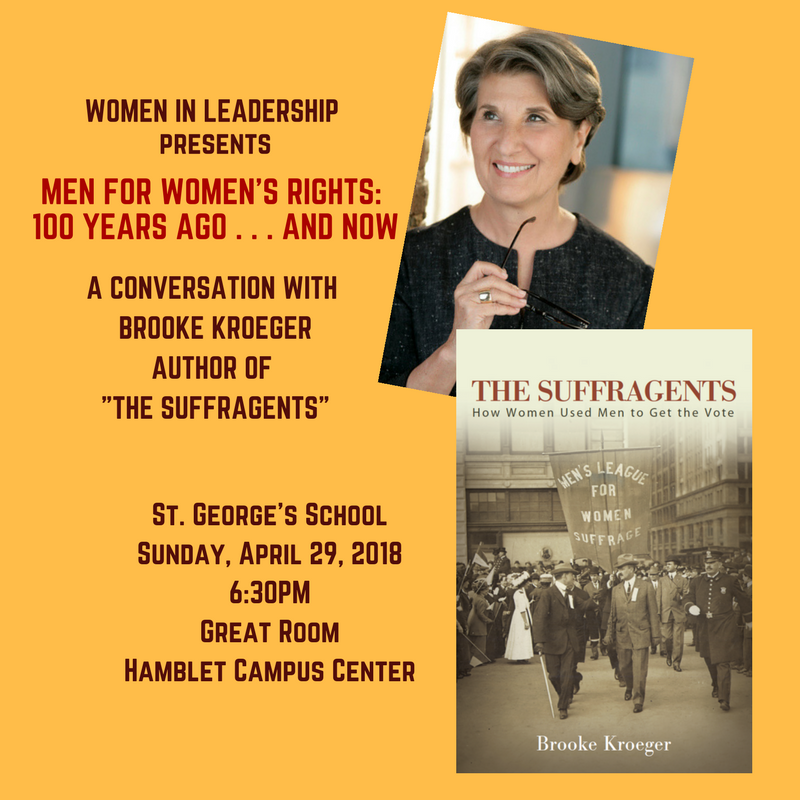 Young Charlotte Maerov and the assist from her grandmother, Bonnie Krupinski, are what brought me to Newport for an event that was scheduled last fall, to take place at St. George’s School, organized by Charlotte for the school’s Women in Leadership Club.

To accept was appealing for so many reasons, not the least of which was the chance to see Charlotte, whom I’ve known since she was a toddler. (Her brother, Will and I have strong bonds forged nearly two decades ago over a customized Volkswagon Beetle that had been convertibile-ized before the company began manufacturing convertible Beetles again. But that’s another story.)

I was also glad to have a reason to visit Newport, where I’d never been. Alex had. Newport was his first US address at 14 years old, when he attended Hatch Preparatory School on the Cliff Walk. He had come to learn English and pass ninth grade. The mansion is unoccupied and looks pretty forlorn these days. But it wasn’t hard to imagine the  Tintorettos that once hung on its walls. 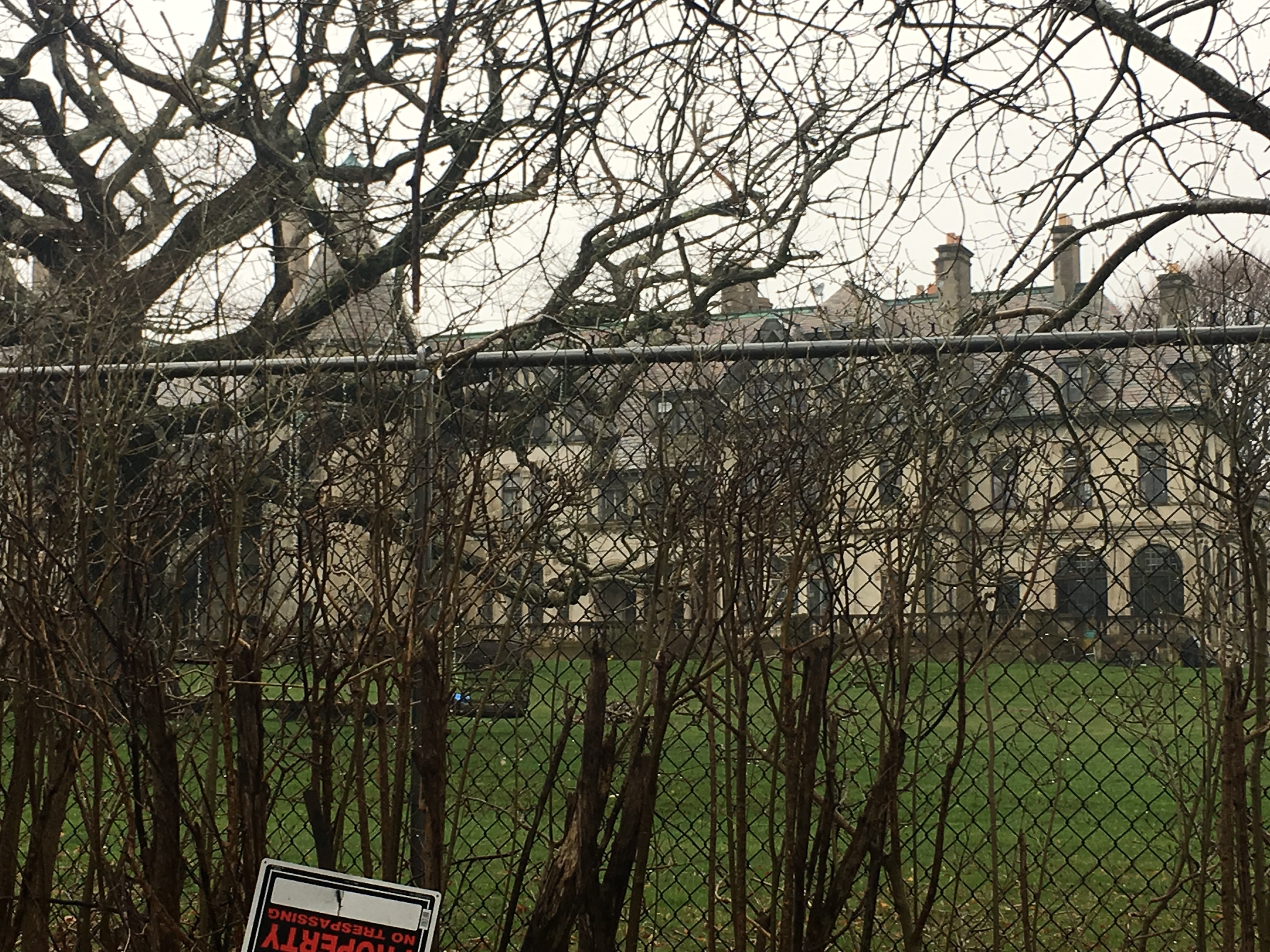 And, of course, there was homage to pay at Marble House, the one-time home of the “gilded suffragist” Alva Vanderbilt Belmont, which she kept along with the Belmont “cottage” up the road. Marble House and its tea house were the site of many suffrage events. More about Alva and the other efforts in well-heeled women’s activism in the work of my book-mate Johanna Neuman (Gilded Suffragists.)

As for the “suffragents” of Newport, I think we’d be remiss not to tip our hats to WK Vanderbilt and OHP Belmont. Alva did not come from money, so it must be said that the very significant resources and financial help she gave the moment came courtesy of the two men she married. 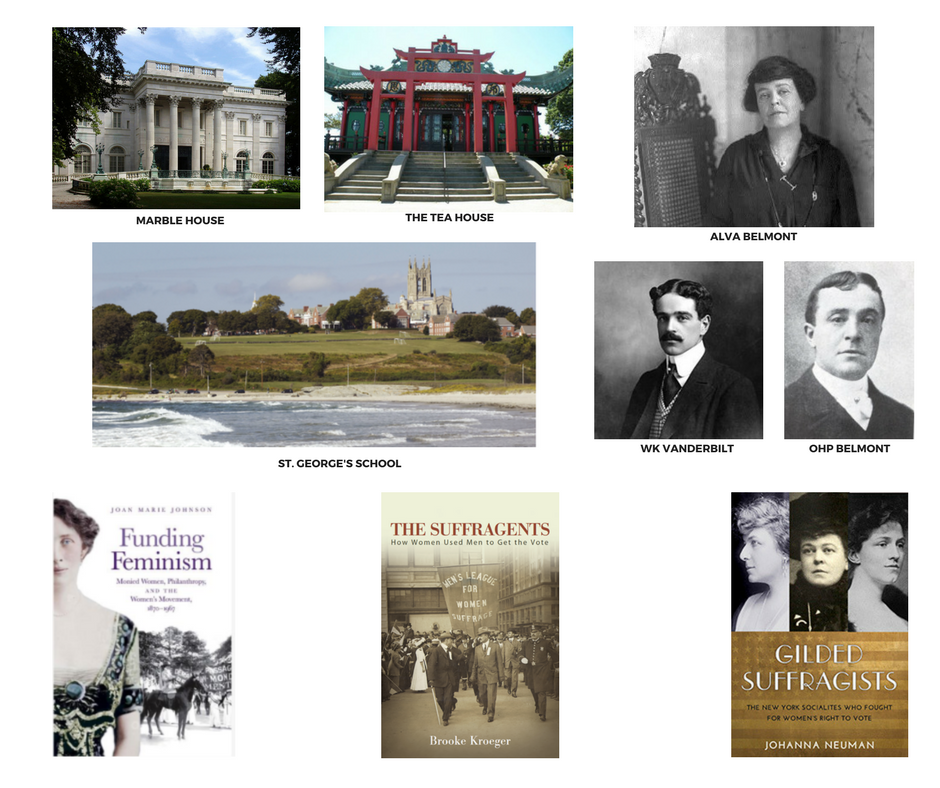 Unwittingly, perhaps, but we need to count them among the many suffrage husbands who involved themselves directly or indirectly in the fight for women’s votes. Alva and Vanderbilt were long divorced by the time she got involved with the cause and Belmont was dead. Nonetheless, I think it’s important to say that even unwitting male players such as WK and OHP deserve a little acknowledgment. The money her marriages provided was critical to the suffrage movement at a time when it was much harder to put the words “women” and “disposable income” into the same sentence. This is not often repeated, so I make a point of it in The Suffragents: it’s important to note that the suffrage leadership–in real time, a hundred years ago–never hesitated to thank the men for the sacrifices they made to see women get the vote. They understood how much the participation of men in the fight, both directly and indirectly, mattered.

All of that was the backdrop to spending a delightful hour with Charlotte and her clubmates, a number of faculty members and a few male student allies, too. The questions from the students were astute: Why did the men engage? Was it always for good purpose? And did it matter if it was for good purpose or not? What does it take to write such a book? Do you think marches are as effective now as they once were?

Through the exceedingly good offices of the Krupinskis, everyone got a book. And from Charlotte,I received  the most beautiful cream-colored roses.

Here’s a photo diary of the evening, courtesy of my nephew, Ben Weinstein, a professional photographer visiting from Melbourne, Australia.

It was a wonderful hour that I hope was as well spent for the students and faculty as it was for me.

And, as if to affirm my sentiments, this is what we encountered as we headed back to the hotel: 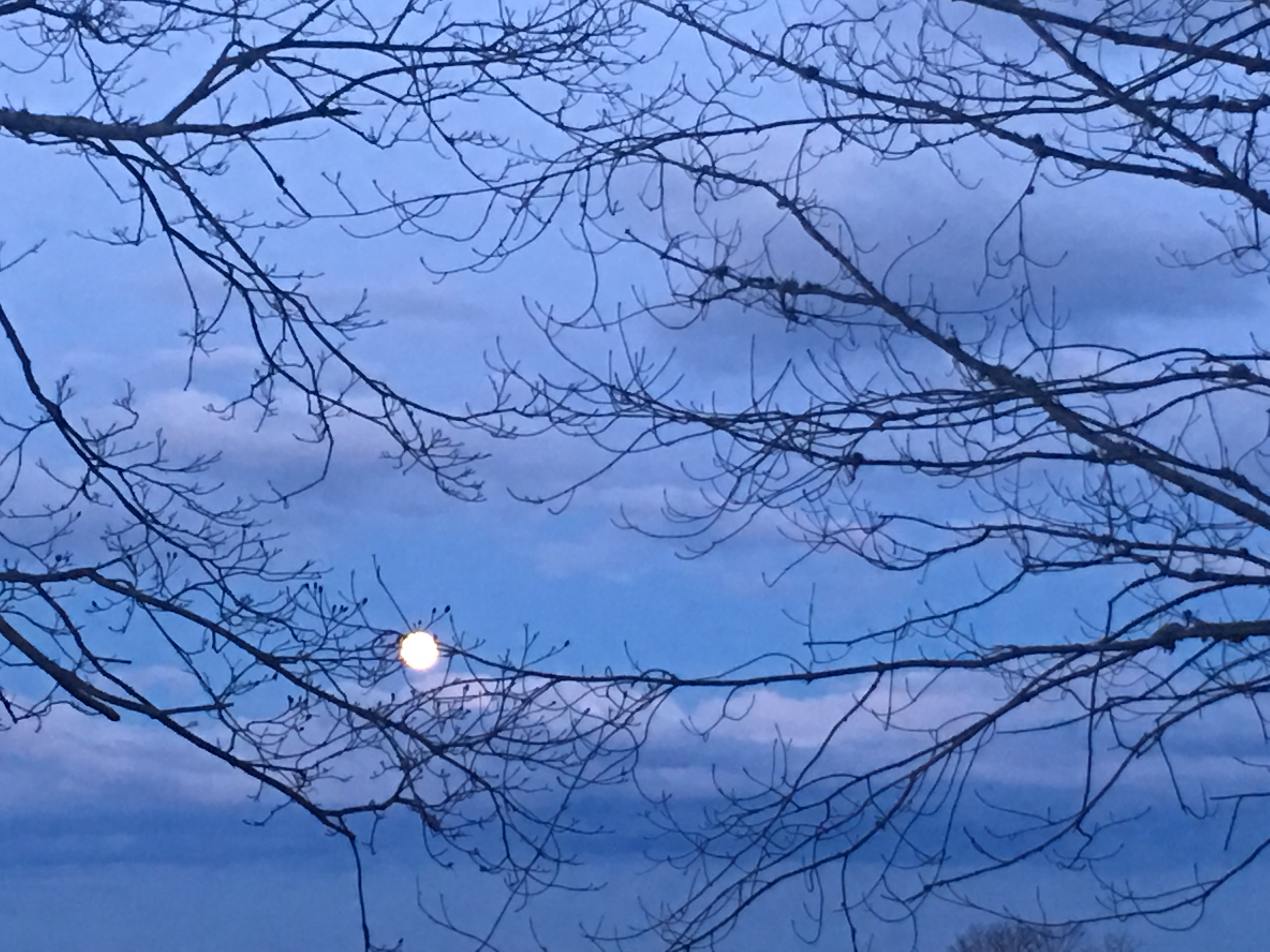