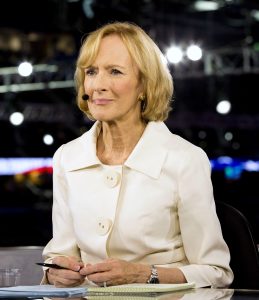 In a September 2022 interview with The 19th*, Judy Woodruff spoke of why, in the five decades since she started out in journalism, the media had finally come around to seeing women’s issues as everyone’s issues, which has had the added benefit of making the field more receptive to the presence of women in its midst. Critical mass among woman journalists is one obvious reason this has happened, she said; the preponderance of women in the workforce more generally is another. 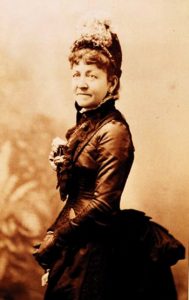 The prediction that this would happen was actually made first in the ’70s. Not the 1970s, when Woodruff entered the field, but the 1870s, when Jane Cunningham Croly, who wrote as Jennie June, pontificated about women in the field in an interview for a book by Charles Wingate in 1875.

Croly is credited with starting the gossip columns of the 1850s that bloomed into the full-blown women’s pages that became the customary women’s corral in America’s newsrooms. She was a leader in the field, having started Sorosis, the first woman’s club in the country, and then the New York Women’s Press Club in 1889. Her reputation was huge in her day. Interviewed in 1875, Croly predicted—accurately, as it turned out, although it would take nearly a century and a half for Woodruff to be able to call it a fact—that as social and domestic life became a greater part of the news diet, women would find “a larger place” in what Croly so revealingly described as “regular journalism.” In other words, the journalism where women had little to no place in the 1870s. Most of Croly’s other ideas did more to hurt than help the larger cause (have a look), but this was just as true of other women journalists considered, all influencers in Croly’s day, who wrote about the state of play for women who were their colleagues or dreamed of becoming them. Much lost opportunity emanated from these terribly delimiting pronouncements, which Undaunted details.