In 1897, How a Smith College Classics Major and Stephen Crane’s Common-Law Wife Covered the Greco-Turkish War 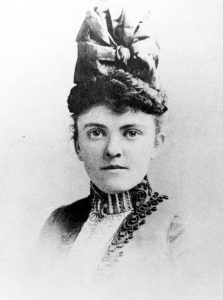 War! In Cuba, the Philippines, Greece, and Cuba again, the wars of the late 1890s came in quick succession, covered with competitive zeal by William Randolph Hearst’s New York Journal. For the Greco-Turkish War, the Journal assembled a juggernaut of a correspondent force with advance work by James Creelman and then at the battlefront by the likes of Julian Ralph, Stephen Crane and other name-brand journalists less well remembered today. Crane brought along Cora Ethel Eaton Howarth Stewart, who, as Crane’s common-law wife, called herself Cora Crane. In print, she used the pen name Imogene Carter. The Journal treated her presence as a full-fledged addition to the team. Her credentials? The one-time wife of an English baronet had also owned a brothel in Jacksonville, Florida.

Not named among the correspondents whose byline appeared in the Journal was another equally unseasoned reporter whose work also made the paper. She was Harriet Boyd, later Harriet Boyd Hawes, a classics major five years out of Smith College and a budding archaeologist. Boyd was in Athens doing further study at the American School of Classical Studies. (Her later excavations in Crete and elsewhere would produce important finds.) As war with Turkey broke out in May 1897, she volunteered as a nurse and got to the battlefront. Neither Boyd nor Carter, who was about four years older than Boyd, could get credentials, so in the style of many of the women war correspondents who came after them in the decades ahead, they went without them. Of these two, the young Greek scholar had the edge, and for good reason.

On April 30, the Journal ran four overwrought paragraphs signed by Carter in the top center of its front page with her vow to get to the front. Ten days later, the Journal published her “Pen Pictures” of the fighting at Velestino under another sensational cascading headline. Yet the 120 words that followed offered nothing beyond what the headline had already declared.New York Journal, April 30, 1897 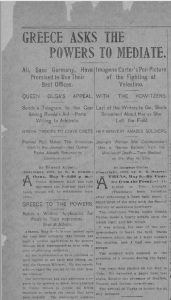 This did not go unnoticed. “Some of these war correspondents at the front ‘move in a mysterious way their wonders to perform,'” The Sacramento Bee wrote mockingly of Carter, calling her a “correspondent who wears breeches without having been ordained by God to do” who had produced only ” a few lines of slush” which had so little to do with what was happening on the battlefield at Velestino that not even a diagram would be able to help to clarify. 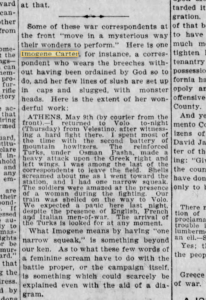 A couple of weeks earlier, on April 17, Chicago’s Inter Ocean published a letter Harriet Boyd was circulating from Athens, in this case sent to a friend on hers who was connected to the Chicago paper. Her appeal on behalf of “brave little Greece” and “the Women of the Greek Union” also appeared in papers in Boston, New York, and Philadelphia. Not long after, in fact a couple of days before Carter’s battlefront embarrassment, the Journal‘s Sunday American Magazine gave Boyd its full front page for her “Vivid Picture of Stirring Battle Episodes and Scenes in the Hospitals.” 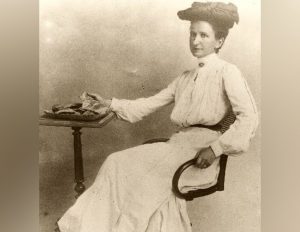 Boyd’s piece reported that on April 27, she and eleven Greek nurses had boarded the transport Thrace at the port of Piraeus, en route to treat the wounded. Not even the Red Cross would credential her, she wrote, but she traveled anyway with only “a general air of curiosity and a rough tweed gown.” Boyd made a point of saying how her command of Greek and her familiarity with the country and its history put her at a distinct advantage over most of the other U.S. reporters on site. “Many correspondents from their ignorance of the language get their knowledge second hand,” she sniffed in print. “It is well known here that almost all the English sources of information in Volo are notoriously corrupt.” 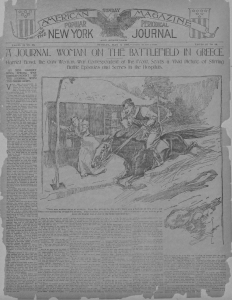 In fairness, perhaps the anemic report that appeared under Imogene Carter’s byline was really the handiwork of editors, who slashed through what she actually sent. There is no way to know. But during the rest of the month-long conflict, the Journal published only one more story from Imogene Carter. It was a few inconsequential paragraphs on the editorial page headlined, of course, “War as Seen Through a Woman’s Eyes.”

This was not the Journal’s first experience with women at war. In 1896, the paper had successfully sent Kate Masterson to Cuba during the insurgency against Spain, where in only a few days on site she produced several scoops. 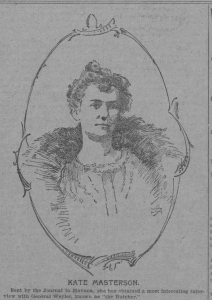 But in late 1897, around the time Arthur Brisbane became Hearst’s No. 2, the Spanish-American War broke out in Cuba and woman reporters lined up to go. Brisbane, who had been a champion of Nellie Bly’s phenomenal rise, came down hard against letting any women correspondents go to war, despite the many who were offering their services. He was adamant. As he told Cosmopolitan magazine for its September issue:

“Every beautiful newspaperwoman declared that of all mankind she was best adapted to enter Havana in disguise, interview Blanco, get his views on the war and on the enterprise of her newspaper, and return unscathed,” Brisbane wrote. “Many tears were shed and much deep, indignant breathing was done by those heroic female reporters because no important newspaper would allow women to risk their lives even for the sake of newsgetting.”

This was not remotely true. Plenty of women reporters went to Cuba and covered the war with—and without—credentials from other mainstream outlets.