A remarkable new book has appeared on the World War I scene, one that traces the origins of the Women’s Suffrage movement in America, and it’s relationship to America’s war effort 100 years ago. Specifically, The Suffragents is the story of how, and why, a group of prominent and influential men in New York City, and beyond, came together to help women gain the right to vote. Brooke Kroeger is the author. She is a journalist, author of five books, a professor of journalism at the NYU Arthur L. Carter Journalism Institute and director of its MA unit, Global and Joint Program Studies, which she founded in 2007. We spoke to he about this book, and what she found in writing it.

Tell us about your new book, The Suffragents. Who is it about? What was their milieu, and the wartime challenges that they faced? What impact did these men have? 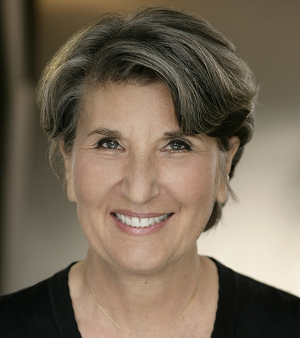 Brooke KroegerThe Suffragents is about the Men’s League for Woman Suffrage and its large circle of powerful, influential New York men—publishers, businessmen, financiers, writers, clergy, scientists, academics, jurists and lawyers, among them—who started an organization of their own to support the women’s suffrage campaign.

Over these years, the league sprouted chapters across 35 states and much of the developed world. (Britain and Holland preceded the New York effort, as did Chicago by nine months in 1909.) This was taking place in the suffrage movement’s last determinative decade, from about 1909 to 1919, which, of course, in the second half of the period, coincides with the war years.

The book provides chapter and verse on what the men did as allies to the women’s movement, often inspired by the sacrificial activism of their wives, sisters, mothers, or lovers and friends.

As to the war connection, I think of George Creel, who shifted positions within days from heading up the Men’s League’s extremely effective “Publicity Committee” (with its A-list roster of writers, poets, editors and publishers) to leading the Committee on Public Information for President Wilson as soon as the United States entered the war in April of 1917. Of all the Men’s Leaguers, Creel was the most prominent in both campaigns. It was Creel who was so impressed with the suffrage campaign work of Vira Boarman Whitehouse on the New York referendum campaign of 1917 that he gave her a wartime appointment in Switzerland. 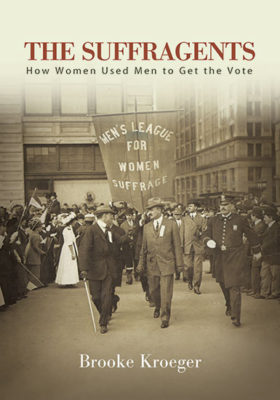 Others, of course, among the editors and publishers, were leading mainstream newspaper and magazine publishing efforts that covered and guided pubic opinion about the war. And the men joined the women in the New York suffrage parades of 1914 to 1917, which emphasized preparedness and then patriotism over the push for the vote. It was also the war, as you know, that was at least a good part of what pushed President Wilson at last to give his support to the suffrage cause. This was as an acknowledgment of the extraordinary sacrifices women were making because of the war and the actual war work they were doing.

You spent years of your life working on this story. Why? What about this story resonated for you? Were you already a WWI expert? Why is this story unique for the war period?

Back in about 2013-4, knowing that the anniversaries of the vote for women in New York State and for the United States were ahead, I wanted to break some new ground on the topic as I thought it would be important to add something fresh to the existing body of scholarship and story. I found myself asking how the women possibly could have gotten the vote without the help of men? Men were the legislators. Men were most of the voters. Men controlled all the other avenues of power and influence. It seemed impossible that they had not been somehow deeply involved. The Men’s Leagues were known about but there were no secondary sources that explored their role in more than a page or two.

I set out to excavate their story. I would not call myself an expert in World War I — far from it — but two other of my five books have included this period in US history, at least tangentially. Nellie Bly, the subject of my first biography (1864-1922), spent the war years in Austria as a very friendly enemy alien, and as the first woman to cover the Eastern Front for the New York Evening Journal, and went to Paris in 1919 on her way back to the United States, hoping to warn President Wilson directly about the advances of Bolshevism; Fannie Hurst, my second biography subject (1885-1968), wrote many of her popular short stories about the WWI years. The Suffragents is unique because it’s a story being told for the first time in depth and largely from primary sources.

Tell us about your personal journey in writing this book. What was your research process? What sources of information were there for you to use? Where did you have to really dig/get creative?

My process is first to read whatever has been written—popular articles, academic papers, books—that might relate, and then to start to dig. Always. Archival correspondence, untapped newspaper and magazine accounts of the period, memoirs, ephemera; other contemporaneous accounts of various kinds. I create elaborate chronologies to keep track of the way time interacts with what I find and to establish intersections and connections among primary figures and events. I often follow hunches, too.

What did you learn? Whose story inspired you? What details stuck with you? Who would you want to meet and talk to?

I learned that these influential important men of the early 20th century are the best example of what is known today as “allyship” that one can imagine. They helped the women achieve their goal in every way they could, but discreetly and without taking any credit or presuming to lead the effort.

I like the words and actions of James Lees Laidlaw, the national president of the Men’s League. He was a wealthy investor, head of Laidlaw & Company, a board member of what has become Standard & Poor’s. He could trace his lineage back to Colonial days through 50 different lines.

The day after New York’s women won the vote in November of 1917, he accepted the women’s enormous thanks for his part in the victory. “We men have learned something, too,” he said. “We have learned to be auxiliaries.” This was 100 years ago. Imagine that. 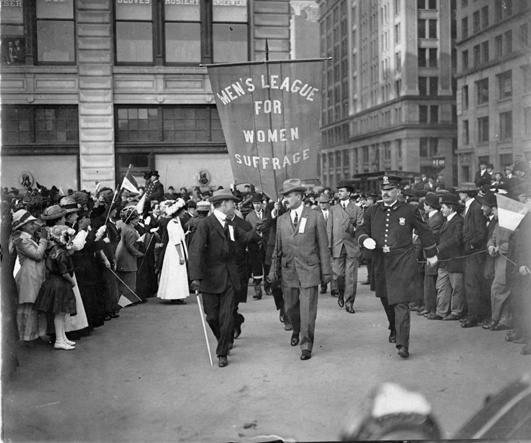