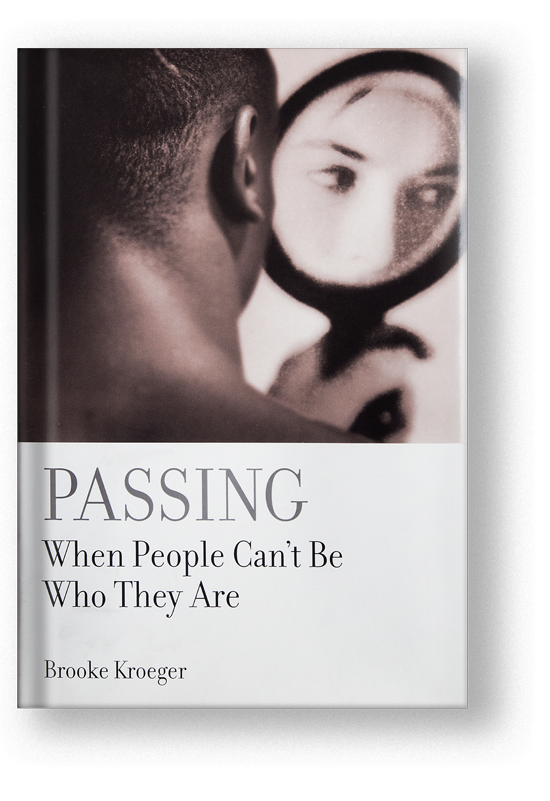 When People Can’t Be Who They Are

Despite the many social changes of the last half-century, many Americans still “pass”: black for white, gay for straight, and now in many new ways as well. We tend to think of passing in negative terms–as deceitful, cowardly, a betrayal of one’s self. But this compassionate book reveals that many passers today are people of good heart and purpose whose decision to pass is an attempt to bypass injustice, and to be more truly themselves.

Passing tells the poignant, complicated life stories of a black man who passed as a white Jew; a white woman who passed for black; a working class Puerto Rican who passes as privileged; a gay, Conservative Jewish seminarian and a lesbian naval officer who passed for straight; and a respected poet who radically shifts persona to write about rock ‘n roll.

The stories, interwoven with others from history, literature, and contemporary life, explore the many forms passing still takes in our culture; the social realities which make it an option; and its logistical, emotional, and moral consequences. We learn that there are still too many institutions, environments, and social situations that force honorable people to twist their lives into painful, deceit-ridden contortions for reasons that do not hold.

Passing explores a phenomenon that has long intrigued scholars, inspired novelists, and made hits of movies likeThe Crying Game and Boys Don’t Cry.

“To a ten-year-old African-American boy from the suburbs of Washington, the Baltimore neighborhood seemed like a war zone. Shortly before David Matthews and his father moved in, the backyard had been the scene of a gangland-style execution and the next-door neighbor, still suffering the post-traumatic effects of his tour in Vietnam, took solace in shooting his AK-47 outside his back door. All the same, the house was only a few short blocks from Bolton Hill, with its well-kept townhouses and Gramercy Park-like air. Ralph Matthews, David’s father, planned to renovate the row house and flip it for a profit as gentrification encroached, but that never quite worked out. In the years since he let the house go, there has been substantial redevelopment in the area, enough to make the old row house look that much more forlorn. In March of 2002, a slab of whitewashed plywood blocked the entranceway. Stenciled across the plank in red was the number to call ‘IF ANIMAL TRAPPED.’

“Madison Street is a recurrent theme in David Matthews’ conversation. He thought living there was torture. ‘I wouldn’t walk there until it was dark,” he recalled, “because the fewer people who saw me, the fewer chances I had of getting mugged.’ His father wanted his son to learn to survive in such an environment. “There are protections,” Ralph Matthews said. ‘And if you recognize them, you’re twice as strong. I knew all the hoodlums.’ His son might well have been threatened once in a while, but it was because he did not know “how to give off the right radar,” as Matthews senior put it. ‘And giving off I’m half-Jewish wasn’t it.’

Of his son’s itinerant passing, Ralph Matthews said, ‘I do wonder about that, about David’s trapeze act. In my own life, it’s not even a consideration.’ And in another conversation, he added, ‘The thing I don’t think we could answer is, where did it come from?’ . . .”

REVIEW: Los Angeles Times – “Being Someone You Are Not”

"Her biographical and narrative skills give nuance and depth to the touchy, often explosive topic of 'passing' . . . "

"These days we're supposed to think race doesn't matter. But as 'The Human Stain' and a raft of recent writing makes clear, we're just as fascinated by its slippery boundaries as ever"

REVIEW: Black Issues – “Review of Passing: When People Can’t Be Who They Are”

" . . . . All the passion and pain of these provocative possibilities are sliced wide open over society's razor-sharp lines of sexual, economic and racial distinction in Brooke Kroeger's book . . . "

" . . . Kroeger's own definition of "passing" is more nuanced: "presenting oneself as other than who one understands oneself to be. . . ."

REVIEW: The Crisis – “Now Everyone Is Wondering Who to Be or Not to Be” 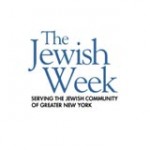 " . . This is a compassionate book, as Kroeger gives voice to the complex struggles of her subjects . . . "

REVIEW: Dallas Morning News – “Passing” When People Can’t Be Who They Are

" . . . The poignant portraits leave you wondering not why people choose to pass but, rather, why society hasn't changed enough to let them simply be who they are.."

" . . . For Kroeger, finding contemporary passers like Matthews was surprisingly easy: . . . "

REVIEW: Booklist – “Passing: When People Can’t Be Who They Are”

". . . An engaging look at how certain people choose to deal with social inequities."

"My specific interest for this book was not in every kind of passing, but the passing people perpetrate in order to bypass being excluded unjustly. . . "

"Ssome people who pass as something they are not find it can make life easier."

"A light-skinned longtime editor of the Afro-American newspapers had a son who decided to pass for white . . . "

"Authors such as Brooke Kroeger and James McBride are cross-referencing their own memories with accepted history to explore topics such as 'passing' . . . "

"Every now and then, a book is published which reveals something so blindingly obvious you can1t imagine why no one has ever pointed it out before. . . . "

"What ties the individual stories together is that each person "... was fulfilling reasonable, honorable aims and ambitions," Kroeger said. "And what was blocking them didn't make sense."

"While masquerading as another race may be outdated, today's blurred ethnic lines can invite wrong assumptions."

"Although Kroeger broadens her definition of the phenomenon to encompass, for instance, gays pretending to be straight, she still found examples of old-style passing. . . . "

"The Great Gatsby notion of social mobility is very much part of our culture . . ."

NOTICE: The Washington Post – “When the Truth Isn’t Enough to Set You Free”

"Kroeger came to see passing as being about how an individual chooses to live his or her 'one unrepeatable life. . . ."

"Passing puts us in touch with the wondrous ability each person has to create and recreate the self ..."

"In THE HUMAN STAIN, Anthony Hopkins plays a black man denying his race. Such charades don't just happen in the movies."

"Passing may also have a positive legacy, according to Kroeger, who writes in her book that it ''upends all our tidy little methods of recognizing and categorizing human beings.''

NOTICE: The New York Daily News – “The Perils of Passing”

"Wherever there are prejudice and preconceptions, there's passing . . ."

"Somehow or another, they are all the victims of unjust exclusion, and they ask themselves, 'Why should I accept this?' "

NOTICE: The Dallas Morning News – “Why Some Are Compelled to Hide Their True Selves”

" . . . Her point is to not judge the people who are passing but the society that forces them to hide who they really are. In other words, don't hate the player, hate the game. . . . "

“I think the response today to an exposed passing is different. It’s kind of a big ‘so what . . .’”

" . . . does authenticity matter? How much information is owed another? When is nondisclosure lying, and more profoundly, how does lying (about your being, existing) affect the soul?"